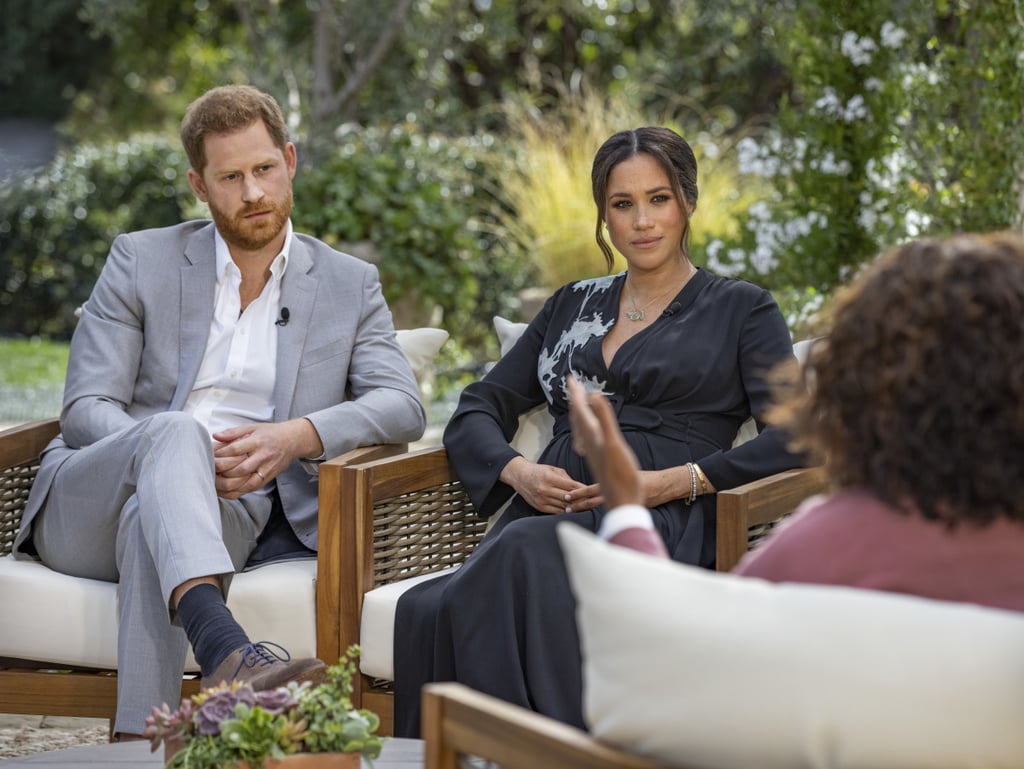 Prince Harry and Meghan Markle are sitting down for an interview with Oprah Winfrey, and nothing is off limits. Ahead of the special event on March 7, CBS has been giving us glimpses of the anticipated chat. In one short 30-second clip, the famous interviewer asks the tough questions as she says to the Duchess of Sussex, "Were you silent or were you silenced?" At one point, Harry tells Oprah, "My biggest concern was history repeating itself," seemingly referring to the intense public pressure his late mother, Princess Diana, dealt with as a royal.

The upcoming special will include a sit-down with Meghan and Harry — both together and separately — as they discuss their marriage, becoming parents, and their decision to step back as senior members of the royal family in 2020. Watch the teasers for a first look at the highly anticipated interview ahead.