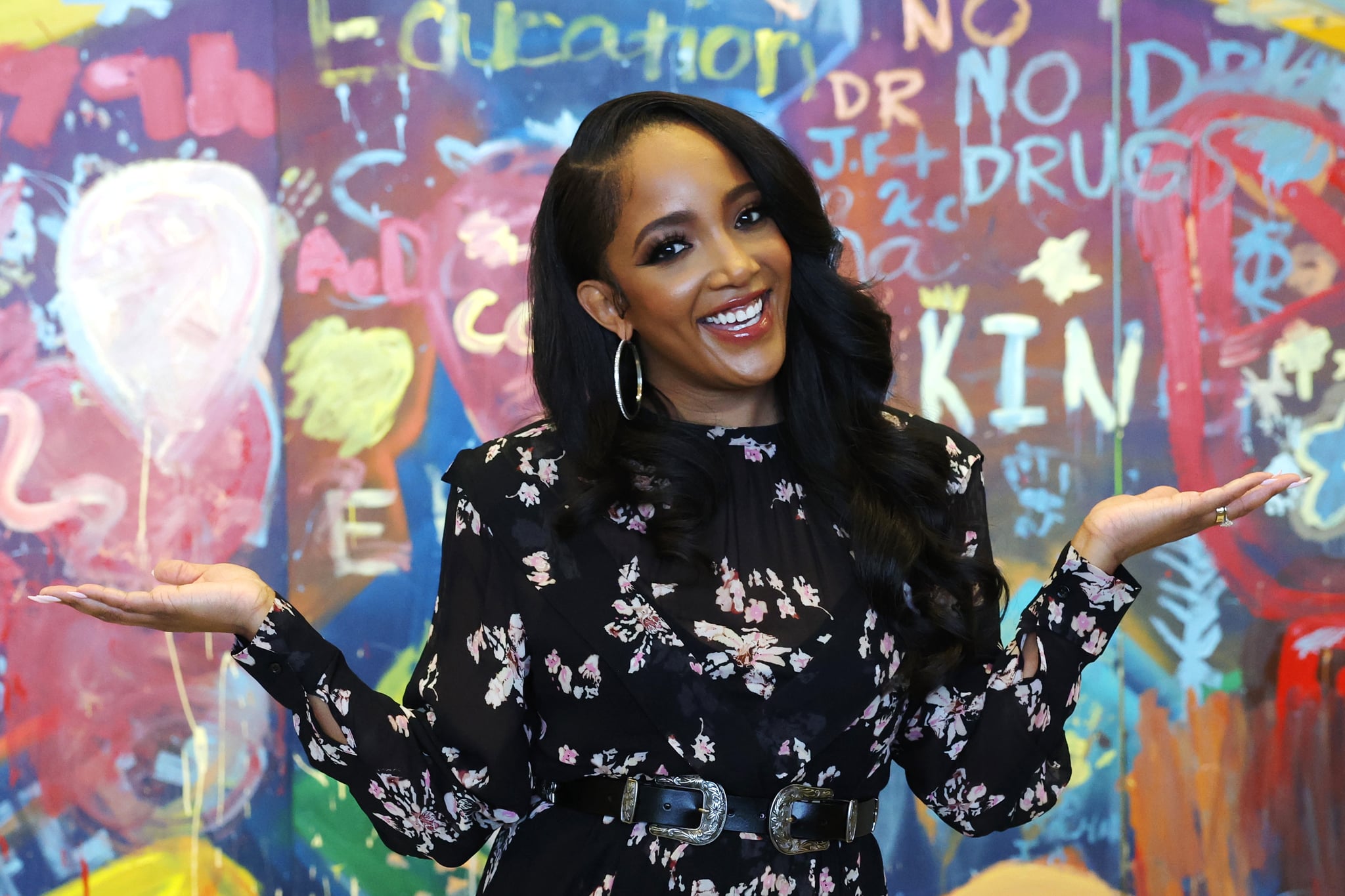 Since becoming a parent to her 1-year-old son, Grayson, Mickey Guyton has been completely changed by motherhood. She and her husband, Grant Savoy, welcomed their baby boy on Feb. 8, 2021, and his arrival has shifted the singer's perspective around parenting — so much so that she's partnered with 3M for the company's school-zone safety initiative, which is using innovative reflective road markings and traffic signs to create more visible school zones in 100 schools around the world by 2024.

"I've realized that motherhood is traumatizing, first of all."

Guyton tells POPSUGAR that she chose to team up with 3M because its cause is something that's become near and dear to her heart. "Minorities are always served last, but 3M is making sure that they are served first, and that's something that's so important for me," she says. Guyton admits she was "mortified" when she discovered the statistics on injuries and accidents that occur in school zones, but she hopes working with 3M to right those wrongs will help make the world a safer place for her son.

The country singer and new mom says she's already learned so much about being a parent in the last year. "I've realized that motherhood is traumatizing, first of all," Guyton reveals. "I always wondered why my mom was so crazy, and now that I have a son, I understand that . . . so much is out of your control and you just have to pray and ask God to get you through."

On Nov. 18, 2021, Guyton tweeted her fans asking for prayers after her son was sent to the hospital for unknown reasons (though she later revealed it was due to "dehydration because of a severe stomach bug"). "I normally don't do this but my son is being sent to the icu," she wrote on Twitter. "The doctors don't know what's wrong. Please please pray."

"I've realized — no matter what we do in life, no matter our professions, where we're from, our race, creed, gender — once you have that life, literally nothing else matters."

Two days later, she shared an update with her fans. "Seeing my baby boy like this was truly terrifying," she admitted in an Instagram post. She thanked her family doctor for helping her son on his road to recovery before adding that he was "still dehydrated and weak and has lost weight from not being able to retain any liquid." "Despite all of this, Gray is a fighter and his labs are showing he is headed in the right direction," she noted.

Grayson's health scare was a frightening moment Guyton didn't anticipate, but it gave her the wake-up call that motherhood comes with a lot of unexpected curveballs. "I've realized — no matter what we do in life, no matter our professions, where we're from, our race, creed, gender — once you have that life, literally nothing else matters," Guyton says of her son. "Nothing will ever compare to that. Nothing will be greater than raising your child. And now that I'm a mother, I understand why parents are so passionate about that. . . . Children should be first, no matter what. They're so vulnerable, and it makes me want to work and fight that much harder for them."

Guyton isn't alone in her fight to protect her son. She credits people in her "village" like her mother and husband for teaching her that it's OK for moms to ask for help sometimes, too. However, "mom guilt" still sneaks up on her every now and then. "When I was working, I was away from my son for up to 10 days, and I was literally losing my mind," she says. ". . . I just have to give myself grace and know that I'm doing the very best that I can. We're all doing the very best that we can for our kids and giving them a better future, and that's something I'm still learning."

"It's a whole new side of me that I'm excited to show people."

Speaking of work, Guyton is already cooking up her next album. The singer released her long-awaited studio debut, "Remember Her Name" — which earned her three 2022 Grammy nominations — last September. Guyton's yet-to-be-titled second album doesn't have any features yet, but she says that doesn't mean fans won't get any in the future.

"I'm really focusing. I've had a lot of work this month, but after that, I'm really going to dive in the studio and finish recording these songs," she shares of her second album. "I've gotten to really build a great working and writing relationship with Tyler Hubbard from Florida Georgia Line, and we've created some really great songs that I'm getting ready to put out. It's a whole new side of me that I'm excited to show people."