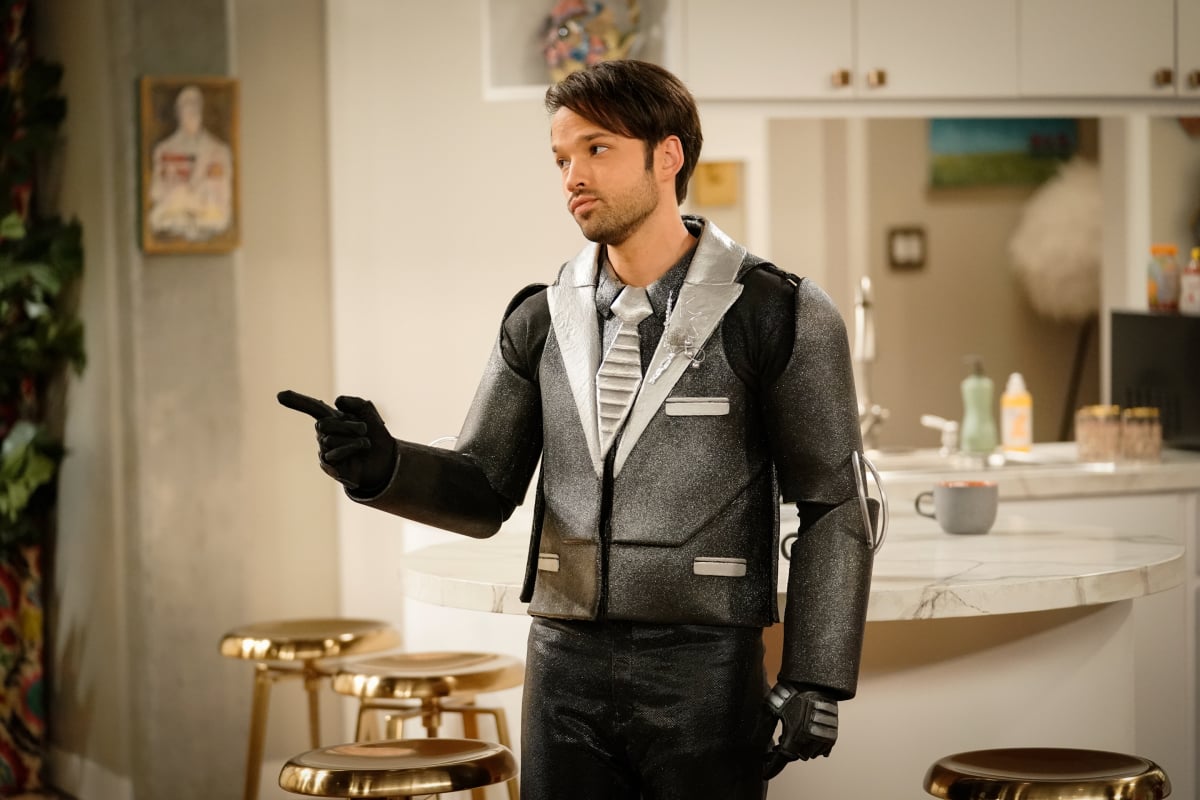 In 5, 4, 3, 2 . . . iCarly is back with a brand-new update! But just like any new iOS version, it's the original features that keep us coming back. One of those is Carly's lover-boy neighbor, Freddie. POPSUGAR recently spoke to Nathan Kress himself about the reboot, his foray into directing, and how the cast have grown on and off screen in the last nine years. In case you missed our #PSPopQuiz where we asked rapid-fire, bite-size questions, read ahead to hear the download from Nathan.

Freddie is a stepdad now! How has your real-life experience of being a dad of two influenced your role as Freddie?

Freddie, like myself, generally finds himself in the role of the conscientious adult in the room, almost to a fault (except in one episode). In real life, I'm the overprepared, neurotic, hypervigilant one. I get made fun of all the time for it on my podcast, RadioActive Dads.

What song or album did you have on repeat on set?

So far, it's been Bo Burnham's Inside (the Songs). Such instant earworms, but also funny, and poking so much fun at internet culture. Honestly, I feel like that's something we're making an effort to do on iCarly as well, so we identify with him in that way.

Share a funny behind-the-scenes photo from the set of iCarly!

Talk about life imitating art — you're stepping behind the camera to direct an episode of iCarly. What's the most exciting part of directing a show you've grown up on?

Getting to interact with my cast in a new way is going to be exciting. This season has been so incredibly collaborative. Everyone is working so hard to deliver our best, and we're all pitching in and helping out. So working with them on both sides of the camera will be a blast!

What do you hope iCarly fans feel when they see Carly, Freddie, Spencer, and the rest of the gang all grown up?

I hope they feel a deep sense of nostalgia and good memories, combined with excitement at this wide-open world that's unfolding in front of them. We want the show to feel like the perfect blend of old and new. Plus, probably more of Jerry Trainor cussin' because that's just comedy.

For even more Nathan, check out the entire #PSPopQuiz, and follow us on Twitter for future rapid-fire pop quizzes with more of your favorite stars.