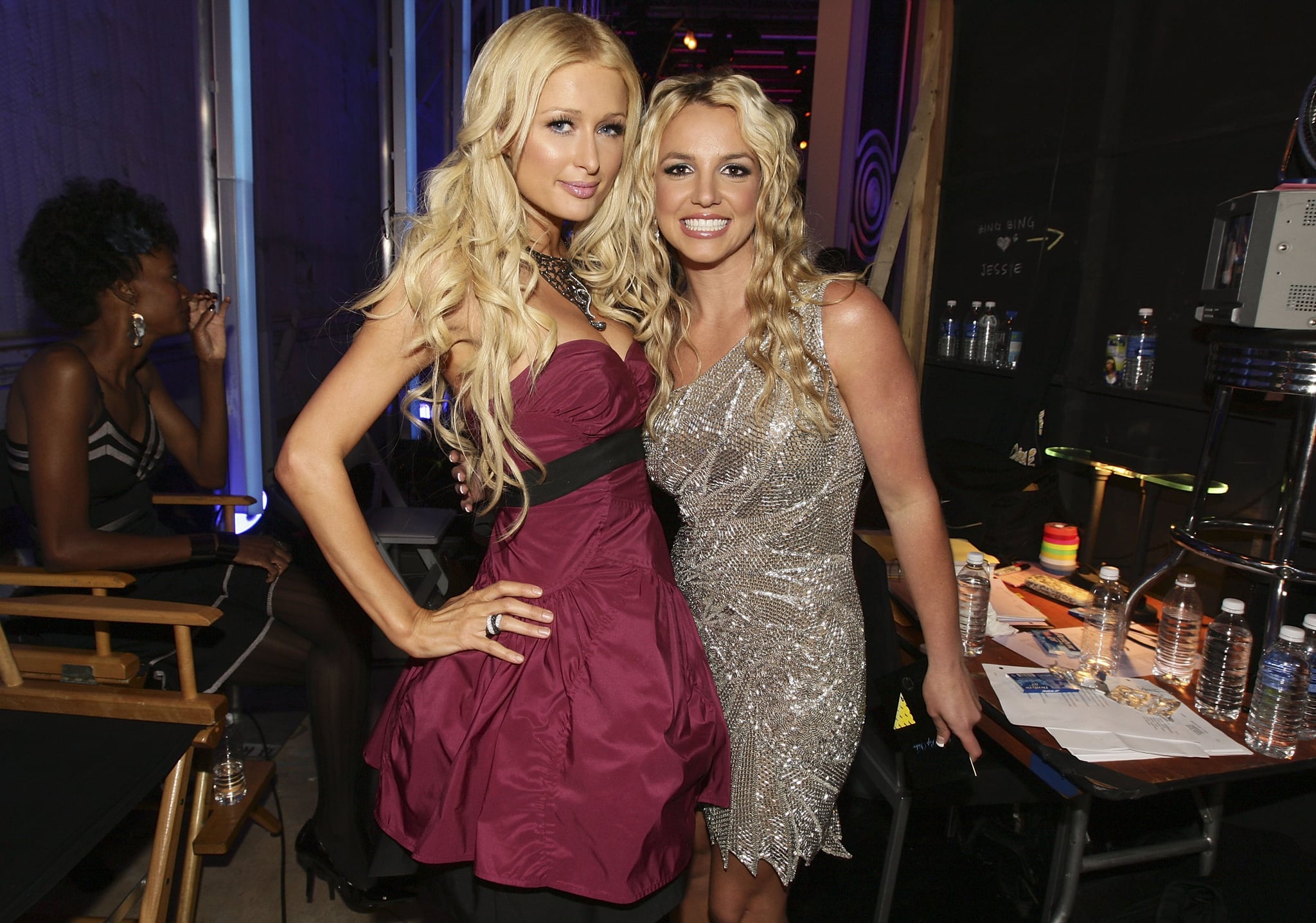 It's hard to think of a more 2000s photo than Paris Hilton, Britney Spears, and Lindsay Lohan squished together in the front seat of a car after a night out. During the March 11 episode of her This Is Paris podcast, Paris revealed that the picture tells a completely different story from what actually happened.

"That was a night that Britney and I went out, and we were at the Beverly Hills Hotel, at our friend's party, and we decided to leave to go home," Paris said. "We were walking to the car and all of as suddenly got swarmed by a tons of paparazzi. Just as we got to the car, that's when Lindsay came up. It was kind of awkward because we were having some drama." The drama? There was a video circulating of Lindsay where she claimed Paris had spilled a drink on and hit her at a party. "All of a sudden, I look over, and she's in my car. We weren't getting along, but I was polite," Paris added. "We saw it on the cover of the NY Post [the next morning], all these different magazines. They had literally no idea it was just me and Britney out, at the Beverly Hills Hotel, just going home."

Paris and Lindsay had been close friends in the 2000s, but their friendship wasn't meant to last. "She did some things to really hurt me and betrayed my trust, and caused a lot of drama," Paris continued. "So we weren't friends anymore, and it was kind of like this on and off friendship. But when I think about it now, we were just so young, immature. It was like high school drama, especially in the L.A. scene, and to live it out in public with the media constantly trying to stir things up and make things worse than they were. Back then, the media really enjoyed having girls feud with each other."