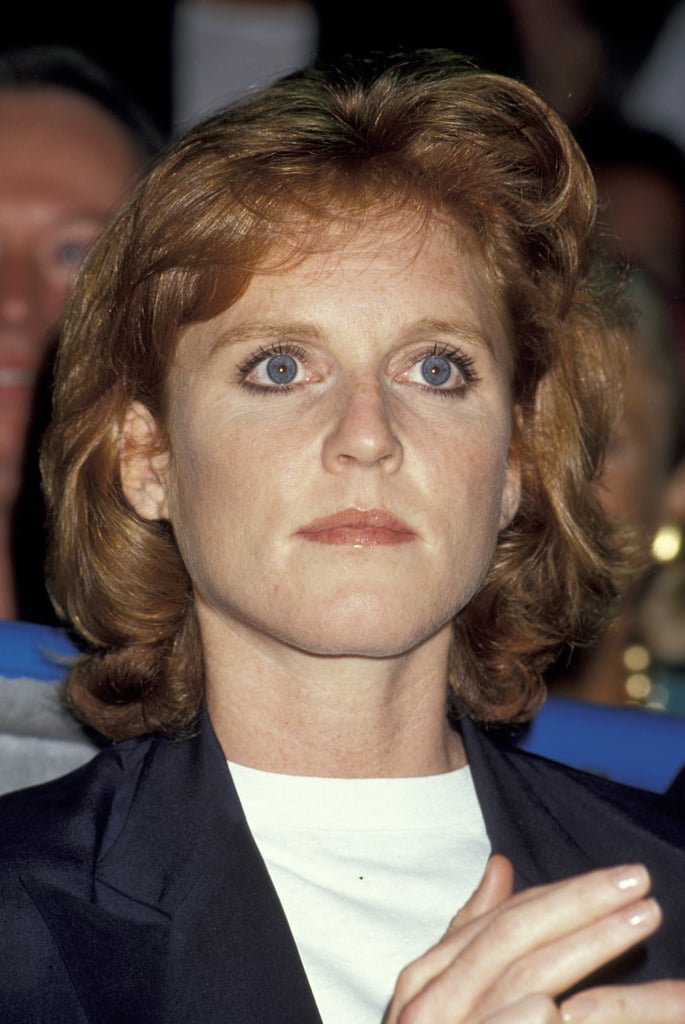 In August 1992, cameras caught Sarah Ferguson, Duchess of York, with her toes in the mouth of Texas businessman John Bryan. The princess had already announced her separation from Prince Andrew, but the embarrassing shot brought the royal family undignified attention. Andrew and Sarah divorced in 1996, but she caused a scandal again in 2010, offering an undercover reporter access to the prince for £500,000.

Meghan Markle
We Only Caught a Glimpse of Meghan Markle's $30 Maternity Dress, but It's So Worth It
by Karenna Meredith 3 days ago

The Late Late Show with James Corden
I'm Sorry, I Was Unaware Prince Harry Could Absolutely Crush a Spartan Race Course Like This
by Perri Konecky 4 days ago