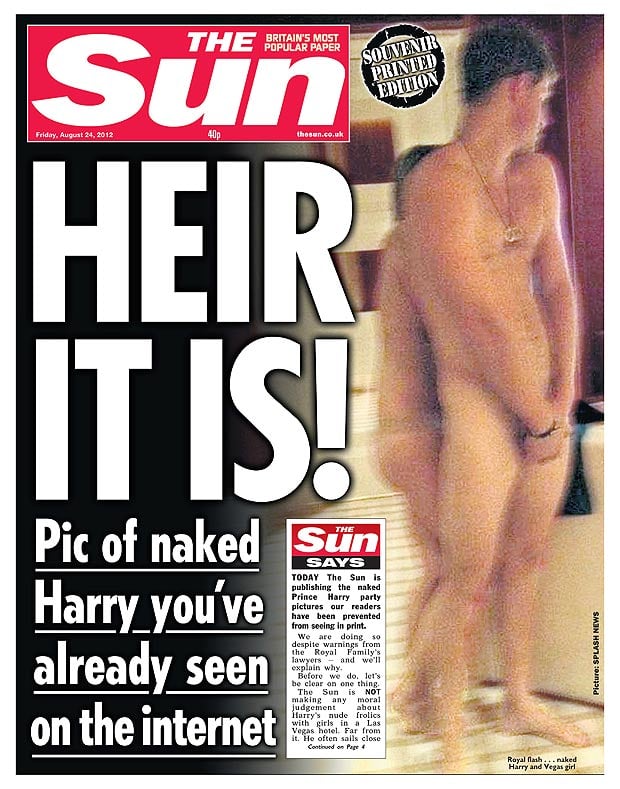 We always knew Prince Harry was the wild one, but in August 2012, we got to see just what a night of partying with him entailed — strip billiards! While in Las Vegas, Harry let down his guard for a naughty game, and he was caught with his pants down when the photo leaked. Harry, who probably instituted a no-cell-phone policy with his friends following the scandal, took responsibility a few months later: "I let myself down, I let my family down, I let other people down." But he also maintained that the ordeal was a violation of his privacy.