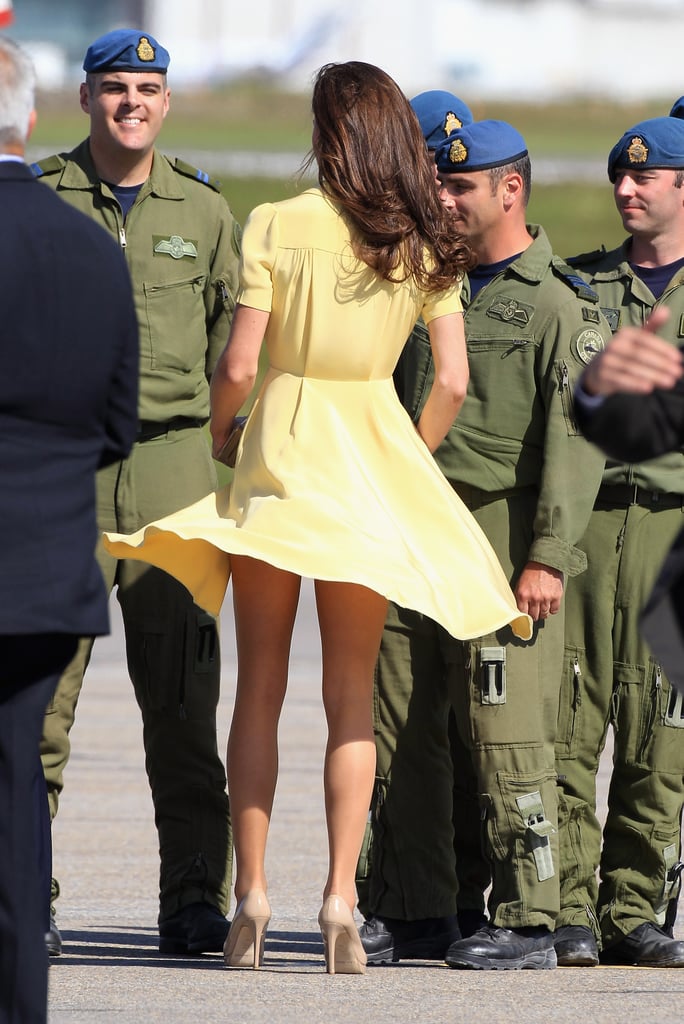 While the queen famously sews weights into her hemlines to avoid any embarrassment, Kate has apparently opted not to. While making royal appearances, the duchess has faced many confrontations between the wind and her skirts, often losing the battle. In May 2014, a German magazine published photos of her actual butt cheeks. Kate's royal bottom was captured when her skirt flew up during the Australian royal tour.

Related:
9 Times Kate Middleton's Outfit Was No Match For a Gust of Wind
Previous Next Start Slideshow
The RoyalsKate MiddletonPrince WilliamCelebrity Facts

Netflix
Curious Whether Christine Quinn Still Works at The Oppenheim Group? Here's What We Found Out
by Monica Sisavat 4 days ago