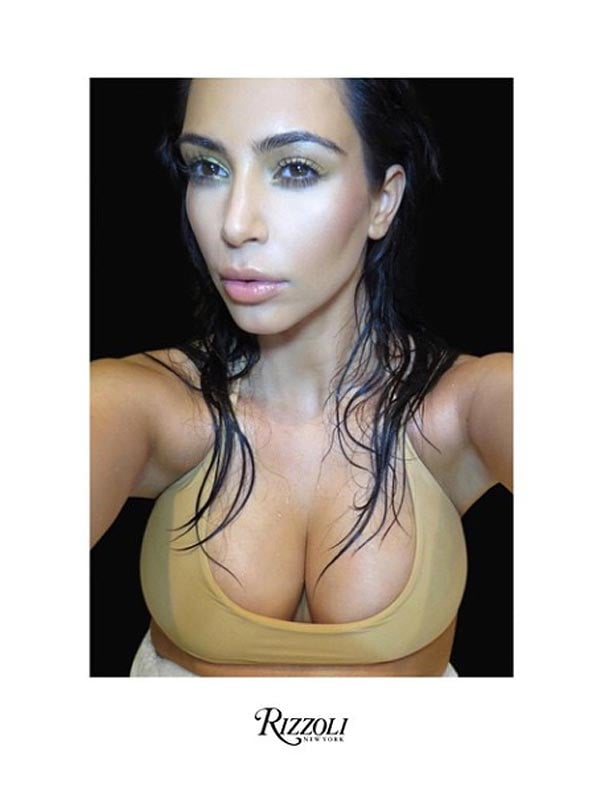 Kim's selfie book, aptly titled Selfish, came out in April. According to publisher Rizzoli, the book features "many never-before-seen personal images from one of the most recognizable and iconic celebrities in the world." As for how glamorous you can expect it to be, the publisher has this to say: "Hailed by many (including Givenchy designer Riccardo Tisci) as the modern-day personification of Marilyn Monroe, Kim has become a true American icon." Kim is following in Kendall and Kylie's footsteps with this one, as the duo released their own YA novel, Rebels: City of Indra, in 2014.

Kylie Jenner
Kylie Jenner's Disney Gucci Jeans Are Out of My Budget, but I'm Still Holding My Credit Card
by Sarah Wasilak 25 minutes ago

Beauty News
Kylie Jenner Says She'd Be a Makeup Artist If She Wasn't Famous: "I Would Really Love It"
by Chanel Vargas 2 days ago