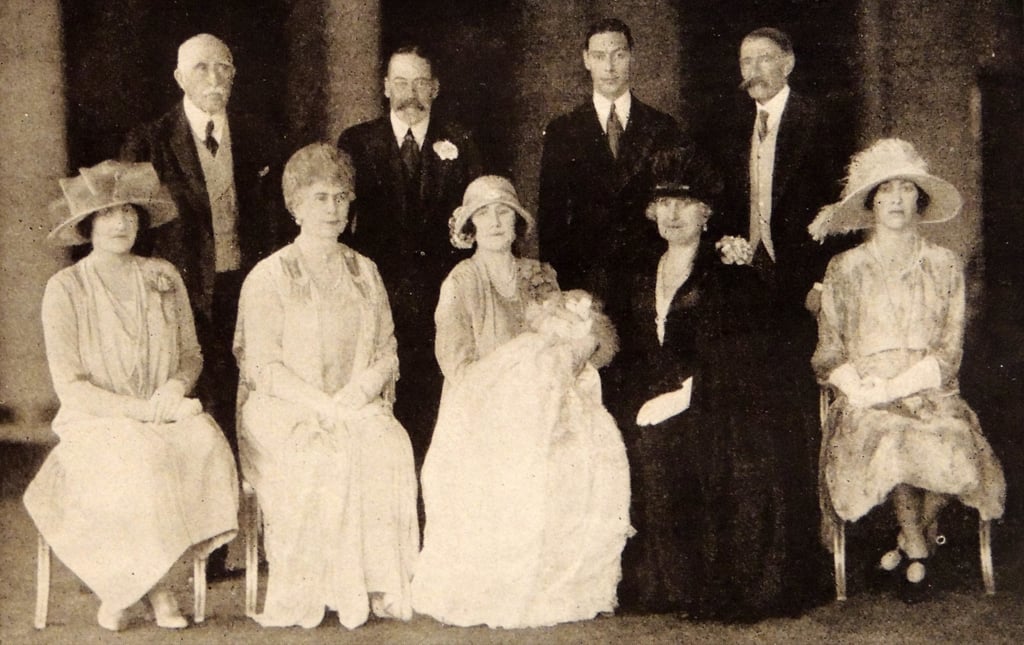 The future Queen Elizabeth, born on April 21, 1926, was christened on May 29 of that year in the private chapel at London's Buckingham Palace. The queen's mother, also named Elizabeth (front row, center), and father (back row, second from right) were at that time known as Bertie and Elizabeth, the Duke and Duchess of York. The Duke of York would become King George VI in 1936 after his brother King Edward VIII's abdication.