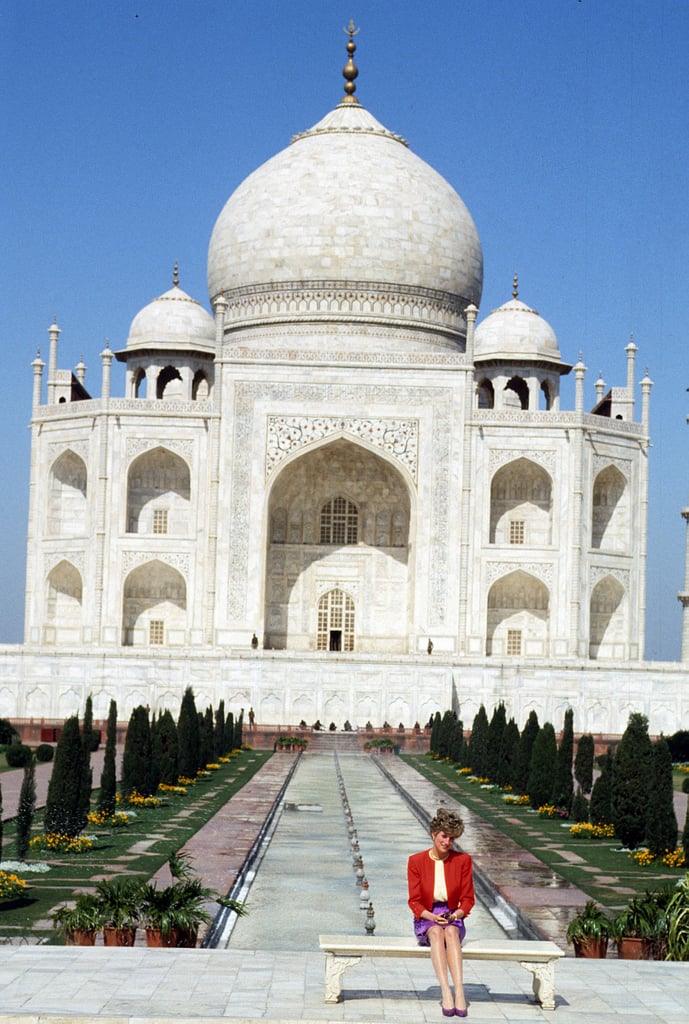 Prince Charles and Diana, Princess of Wales
Who can forget the iconic images of Diana sitting alone outside the Taj Mahal? It had been decided that to cover the most amount of ground, the royal couple would divide their time and go on separate engagements in 1992 — so while Diana visited the famous landmark to love, Charles was giving a speech in Bangalore to a business leader's forum. Charles has visited the country before and since on his own, including a 1980 visit when he met Mother Teresa.

King George V
George V was the first reigning British king to visit India back in 1911 when it was still a part of the empire. He and his wife, Queen Mar,y arrived five months after his coronation and were welcomed with an Imperial Durbar in Delhi — a grand occasion to commemorate his accession to the throne. The ceremony cost £1 million and took a year to prepare, while 200,000 people turned out to witness it.

Previous Next Start Slideshow
The Royals

by Kelsie Gibson 39 seconds ago