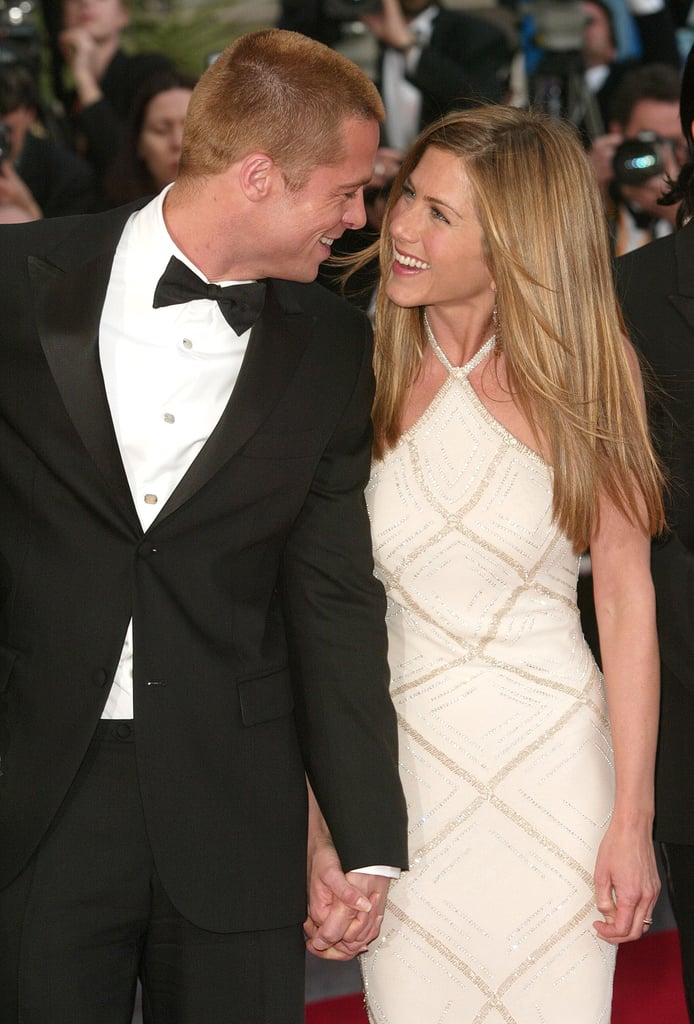 Brad and Jen reportedly met in 1998 after their respective agents set them up on a blind date. The Hollywood golden couple continued to date for two more years before Brad popped the question, and they had a lavish, $1 million wedding in Malibu. In 2004, Brad started shooting Mr. and Mrs. Smith with Angelina Jolie after Nicole Kidman pulled out of the film. This, combined with reports of Jennifer not wanting to have kids, led to nonstop rumors about the couple. Jennifer filed for divorce in 2004 after four and a half years of marriage, and Brad went on to marry Angelina.