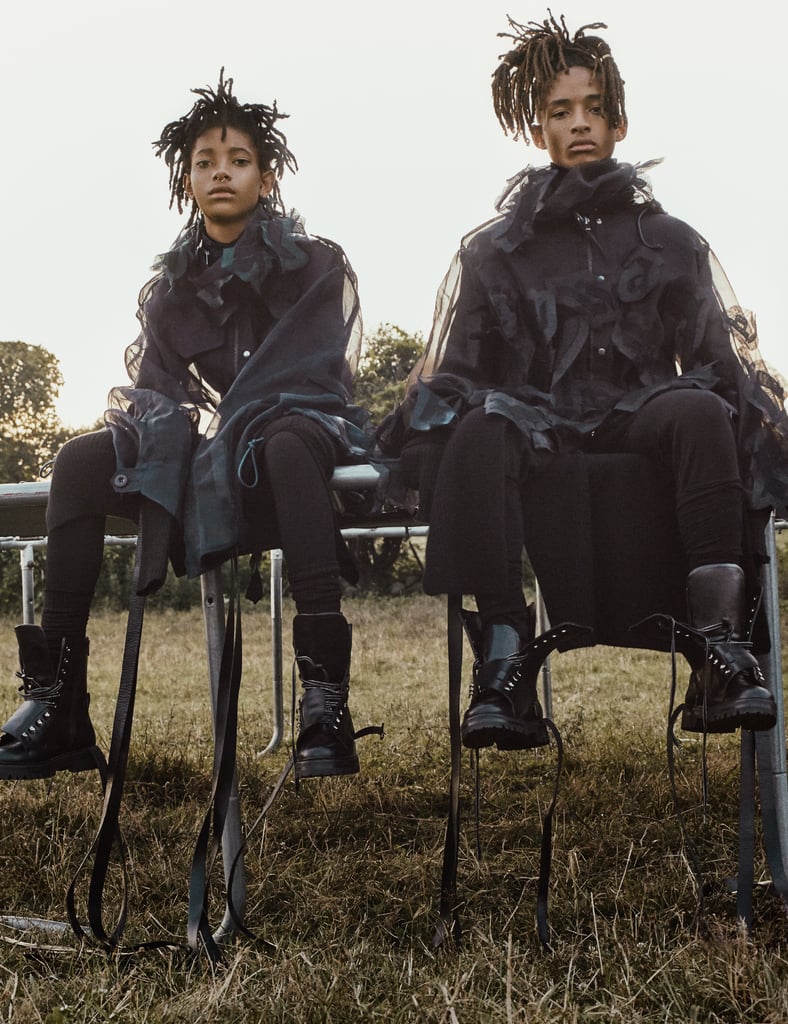 Jaden on how "Willow is better at everything": "Willow started making music first. I was like, 'My younger sister is, like, 4, and she's making all these fire songs. What's happening?' Willow was doing all these things, about to have record label deals at like the age of 6, and I was like, 'I feel like I'm underachieving.' That was around the time that I was doing Karate Kid, and I could do flips, and I thought I was special because I could do flips. But Willow could do the flips, too! Willow naturally had it. Like, I was trying to do no-handed cartwheels. Willow had it. I was trying to get to the studio. Willow was in the studio. You know what I'm saying? Willow just didn't have as big as a passion for acting as me. But if she did, she could do what I did. So there's always been competition, but we've always worked as hard as possible to do the things that we want to do. We never got upset because we could always do the same thing. It happened so that me and Willow were able to go through every level or different section of life that we wanted to. If we wanted to act, we could act. If we wanted to dance, we were dancing. And we could do it on the level that we wanted to do it. So there was no, like, 'I'm mad at you.' Well, we would get mad at each other when we were young, but that stopped when we were, like, 9."

Dwayne Johnson
Dwayne Johnson Shares a Message Grieving His Late Father: "You Were Ripped Away From Me"
by Karenna Meredith 5 hours ago