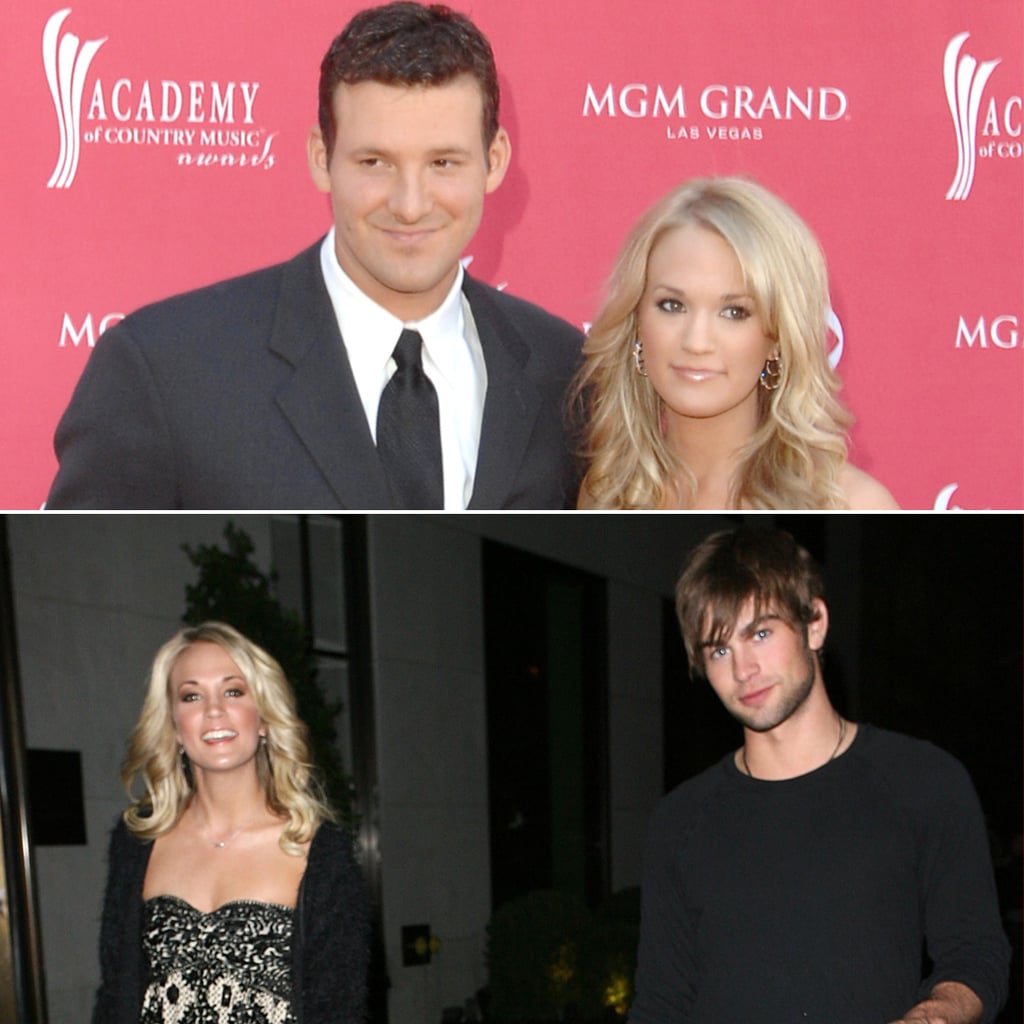 The country singer dated Tony from 2006 to 2007 and Chace from 2007 to 2008, and has alleged over the years that neither breakup was easy. When asked if her hit song "Cowboy Casanova" was about the NFL star, Carrie told Esquire, "No, I would never immortalize a guy that did me wrong," adding, "I would never give him that much credit." She also revealed that she and Chace "broke up over text," though the split was "completely mutual."

Family Life
Julia Fox Is a Mom of a 2-Year-Old, and Her Apartment Proves It
by Melanie Whyte 18 hours ago