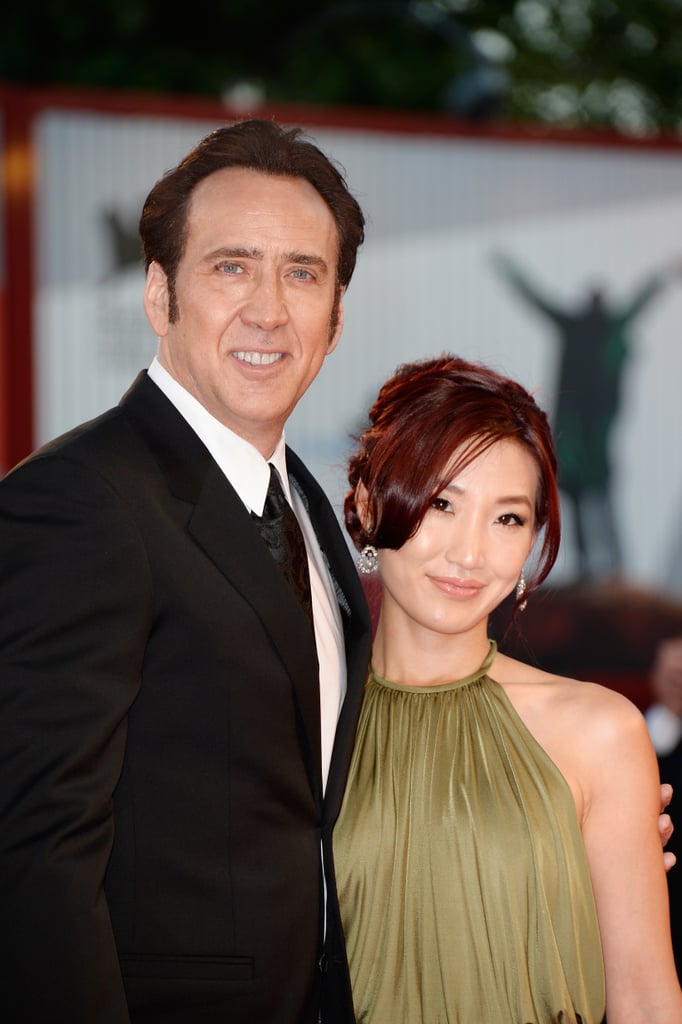 In 2004, the Snowden actor crossed paths with fan Alice Kim when he ate at Los Angeles restaurant Kabuki, where she worked as a waitress. They got married a mere two months later in order for her to travel with him to South Africa to film Lord of War but divorced after 11 years together in 2016. They share a son, Kal-El (yes, named after Superman).

Simone Biles
Simone Biles's Boyfriend Shares the Love in Adorable Olympic Tribute: "You Inspire Me"
by Grayson Gilcrease 4 days ago