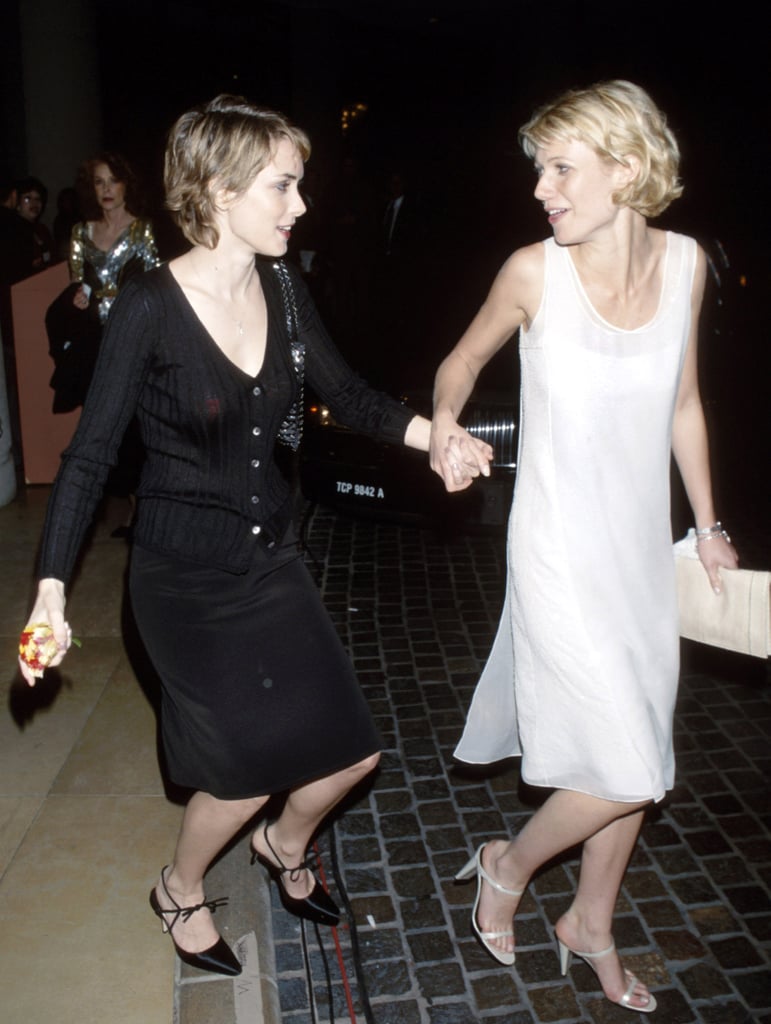 Coincidentally, Matt and Ben's respective girlfriends, Winona Ryder and Gwyneth Paltrow, also lived together in LA in the '90s. They cut ties in 1998 when Gwyneth reportedly stumbled upon the script for Shakespeare in Love lying around the house; Gwyneth is said to have asked to audition for the role, and as we all know, she landed it and went on to win an Oscar.

Though Gwyneth has denied swiping the role from Winona, things came to a head again in 2009 after she launched her now-famous website, Goop. In an early article, she addresses a former friend that many speculate to be Winona, saying, "Back in the day, I had a 'frenemy' who, as it turned out, was pretty hellbent on taking me down." She went on to write: "I restrained myself from fighting back. I tried to take the high road. But one day I heard that something unfortunate and humiliating had happened to this person. And my reaction was deep relief and happiness."