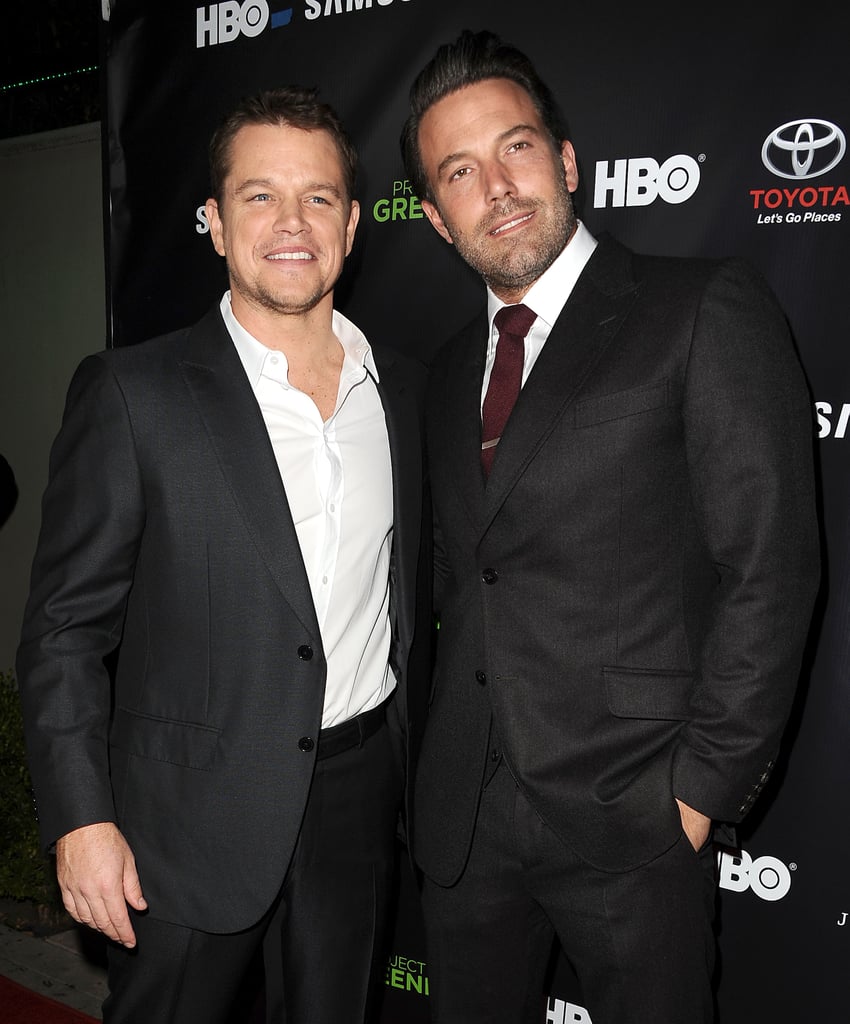 Ben and Matt famously lived together around LA while writing their Oscar-winning 1997 film Good Will Hunting and have remained BFFs since. "We rented this house on the beach in Venice and 800 people came and stayed with us and got drunk," Ben told Playboy in 1999. "Then we ran out of money and had to get an apartment." He went on about their vagabond lifestyle: "We lived in Glendale and Eagle Rock, and we lived in Hollywood, West Hollywood, Venice, by the Hollywood Bowl, all over the place," adding, "We'd get thrown out of some places, or we'd have to upgrade or downgrade depending on who had money." Looks like it worked out for both of them.