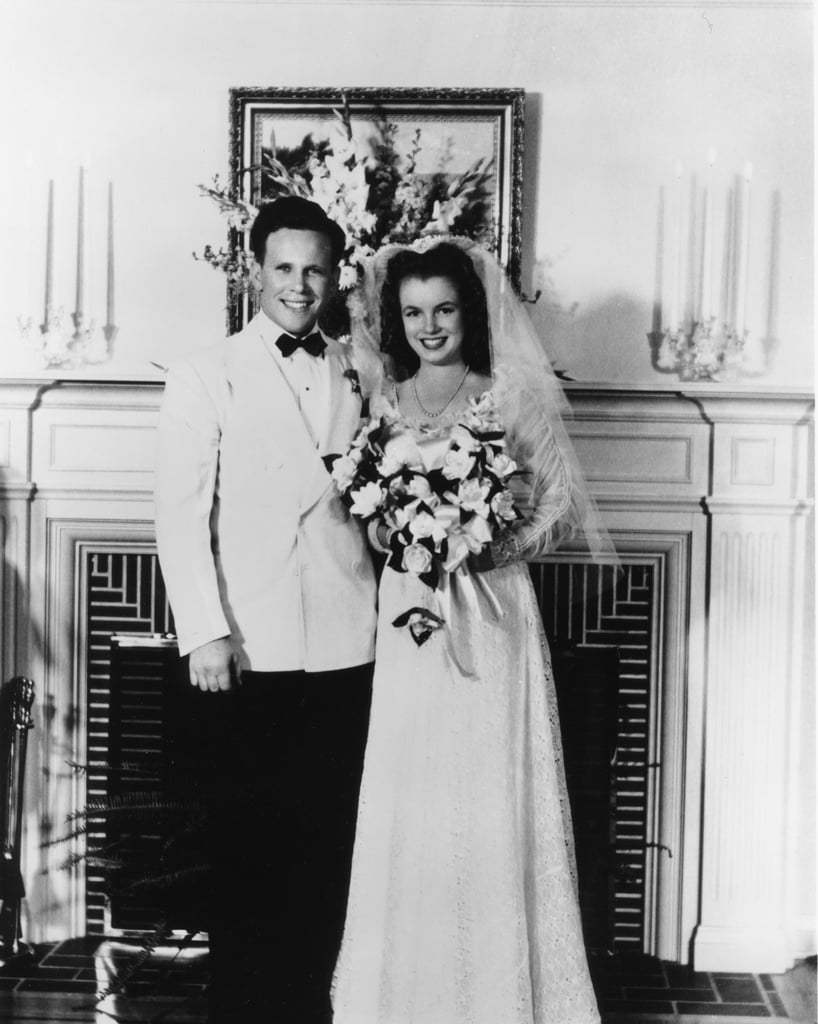 Marilyn's first husband was James Dougherty, a Los Angeles police officer. They began dating in January 1942 and were married in June of that year, just 18 days after Marilyn (then Norma Jean Baker) celebrated her 16th birthday. James's family lived next door to Grace Goddard, a friend of Norma Jean's mother, Gladys, who was frequently in psychiatric hospitals. After living in a handful of foster homes, Norma Jean was taken in by Grace and her husband, who wanted to move across the country and couldn't take her with them. To prevent Norma Jean from having to go back into the foster care system, Grace suggested that James marry the teenager.

"We decided to get married to prevent her from going back to a foster home, but we were in love," James said in an interview. He joined the merchant marine and was assigned overseas; Norma Jean moved to Van Nuys, CA, and got a job at Radioplane Co., inspecting parachutes. Photos of the pretty brunette taken at work landed her modeling gigs around LA, and it wasn't long before she caught the fame bug. While James was still stationed overseas in September 1946, Norma Jean filed for divorce.

"I was on a ship in the Yangtze River getting ready to go into Shanghai when I was served with divorce papers," James said in a 2002 interview. He returned home and tried to talk Norma Jean out of the split, but she wouldn't budge. "She wanted to sign a contract with [20th Century] Fox and it said she couldn't be married — they didn't want a pregnant starlet," James said in a 1984 interview. "When I went back to see her, I tried to talk her out of it. She just wanted us to keep on and not be married for the contract. I couldn't do that." After four years of marriage, the couple went their separate ways.