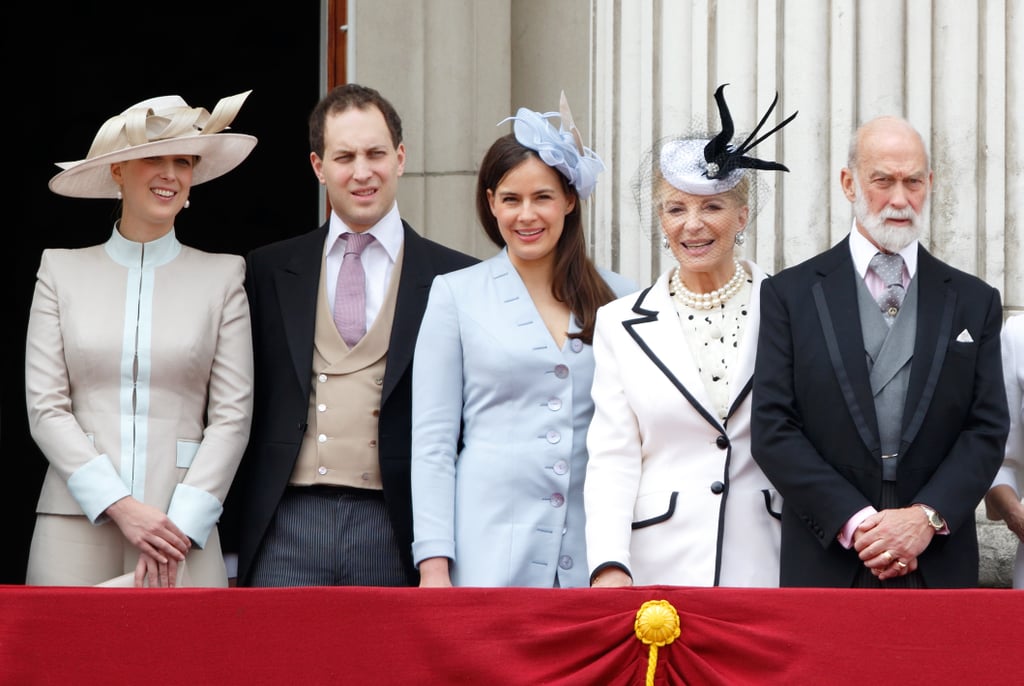 Prince Michael of Kent and His Family

Prince Michael of Kent (far right in the photo above) is another first cousin to the Queen (and brother to Prince Edward, Duke of Kent). When he was born, he was eighth in line for the throne, according to his official website, but now sits at spot 45.

The couple has two children: their eldest son, Lord Frederick Windsor, is 46th in line for the throne and his two children, Maud Windsor and Isabella Windsor, come in line after him (at number 47 and 48). Prince Michael's second child, Lady Gabriella Windsor is 49th on the royal family tree.