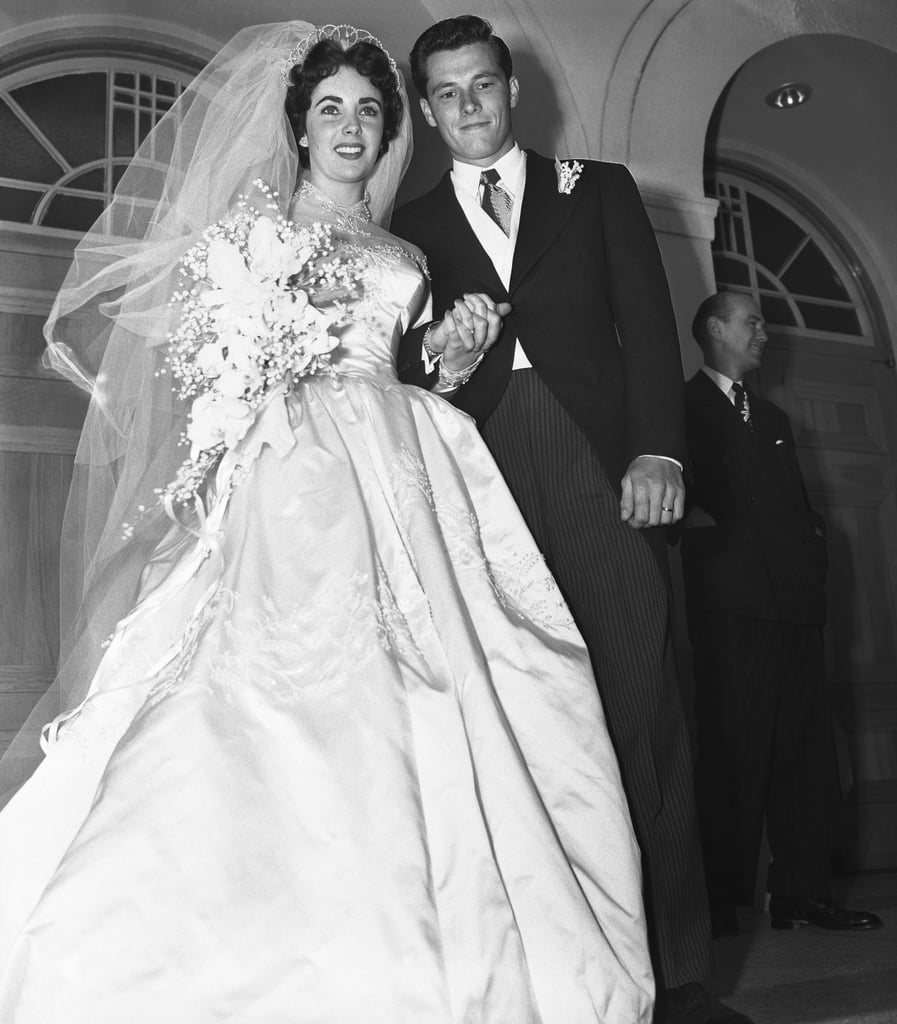 Elizabeth married socialite, hotel heir, and businessman Conrad Nicholson "Nicky" Hilton Jr. (Paris and Nicky Hilton's great-uncle) in May 1950 when she was just 18. They tied the knot at Church of the Good Shepherd in Beverly Hills, CA, and her studio, MGM, organized the over-the-top ceremony. Their marriage only lasted eight months; according to reports, their union was "burdened by" Elizabeth's growing fame as well as Nicky's "gambling, drinking, and abusive behavior."