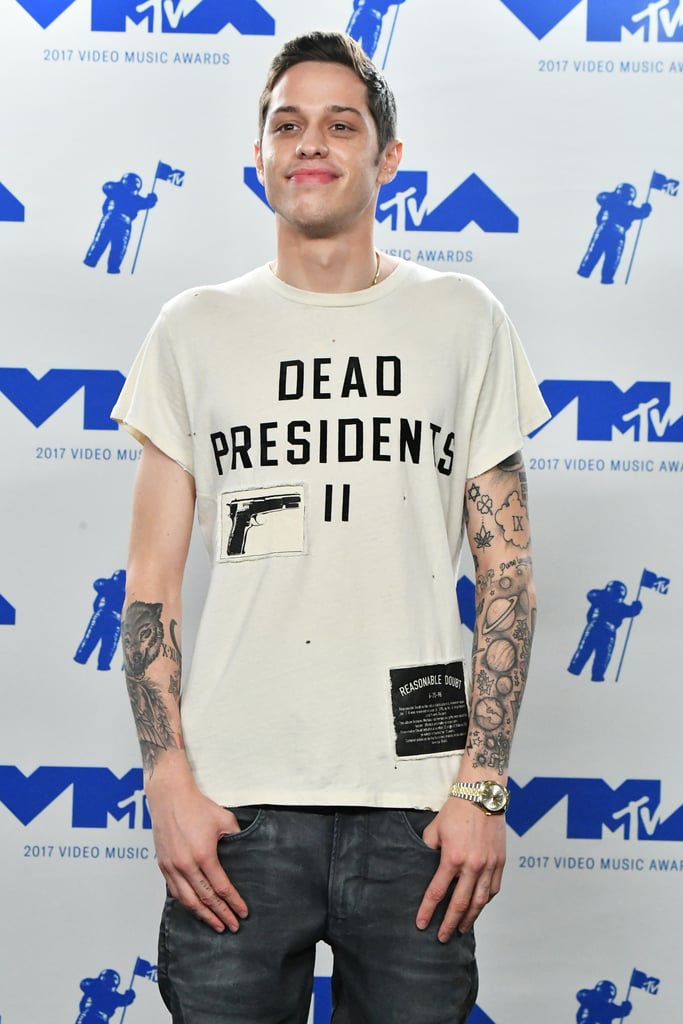 He Has a Lot of Tattoos

In addition to having a tattoo in honor of his late father, Pete also has ink of Hillary Clinton's face, Harry Potter quotes, and his ex-girlfriend Cazzie's face, though he recently covered the latter up. His most recent ink is inspired by Ariana. Almost a week after confirming their romance on Instagram, Pete shared photos of his new tattoos, which feature an image of the black bunny mask the "No Tears Left to Cry" singer wore on the cover of her 2016 album, Dangerous Woman, and her initials on his right thumb.