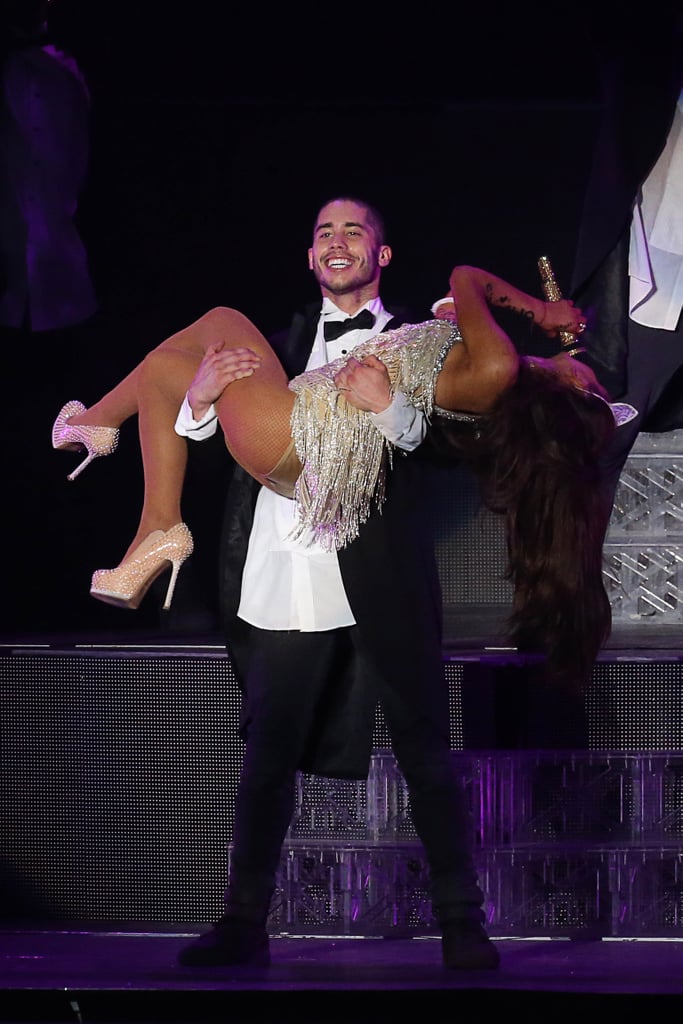 Three months later, Ariana was linked to her backup dancer after they were shown kissing in Ariana's now infamous #Doughnutgate video. Ariana and Ricky dated for a year before parting ways in July 2016. "She broke up with him. He didn't cheat or anything, they just found it difficult to make it work. They are still friends though," a source told E! News at the time. "[She] is happy to be single and do her for a little while."

Holiday Fashion
Yep, Ariana Grande Sure Wore Heels With Her Snowsuit For Her New Christmas Collab
by Yerin Kim 7 hours ago