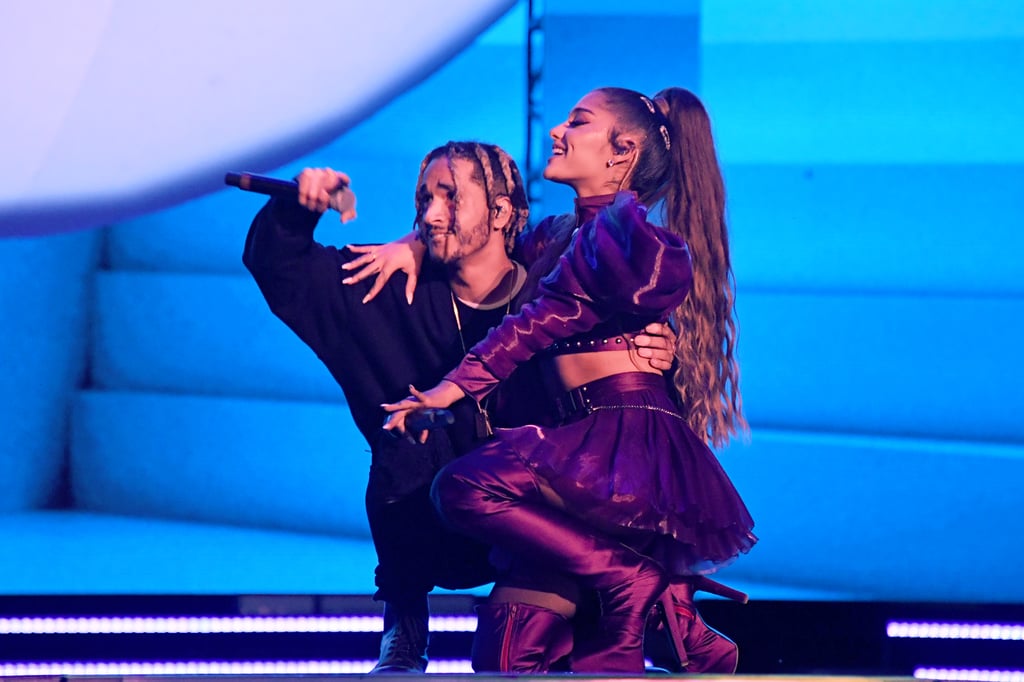 Rumors of a romance between Ariana and Mikey first began swirling in August 2019 when they had a steamy makeout session in the singer's "Boyfriend" music video. The two were then spotted hanging out together on multiple outings, and Mikey even joined Ariana on her Sweetener world tour with his band, Social House. It wasn't until a month later, though, that Ariana's brother, Frankie, confirmed their relationship to Us Weekly. "I love Mikey. I think he's a really sweet guy. So talented. So kind and so caring," the 36-year-old told the outlet. "He's a great guy." However, he later backtracked in a now-deleted tweet, saying Ariana is single. In February, though, they were spotted walking arm in arm at Disneyland, but they broke up days later.