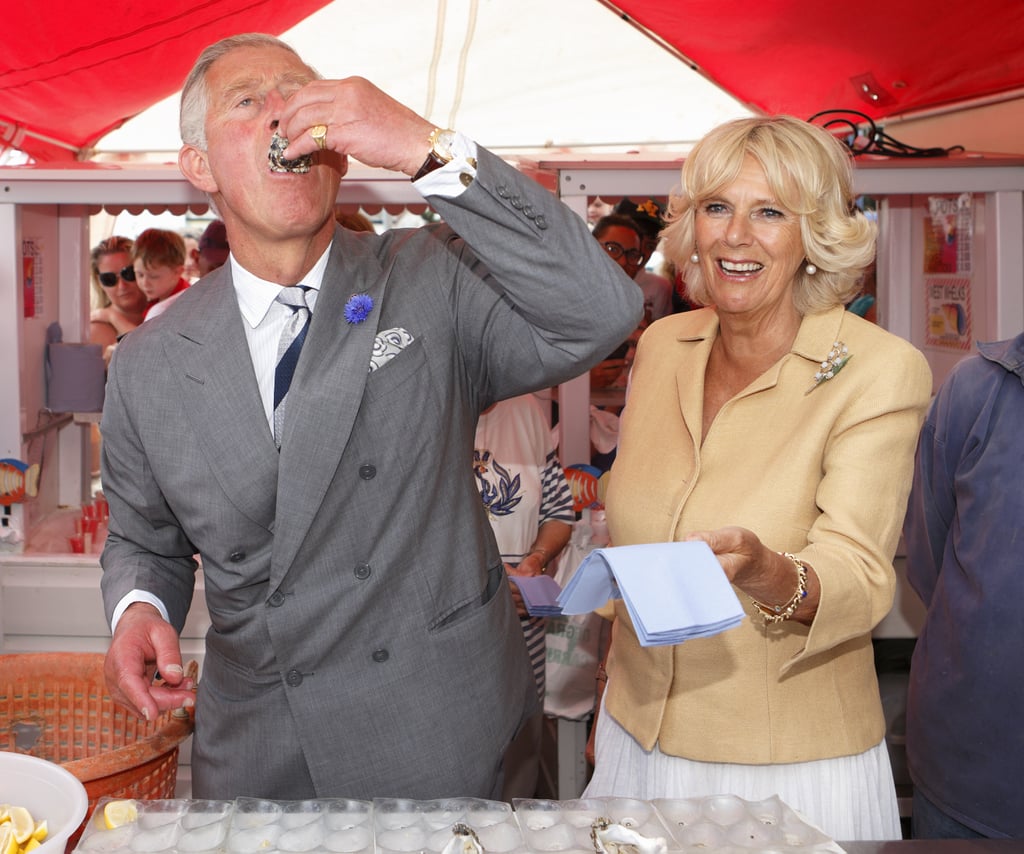 Steer clear of the shrimp cocktail (and the lobster platter, and the crab cakes).

There are a handful of foods that her majesty doesn't allow in royal kitchens — garlic is famously banned — but even while dining out and about, the royals are advised not to eat shellfish. This is to ensure that they aren't hit with food poisoning ahead of any royal engagements. The same goes for drinking tap water while traveling to foreign countries, as unclean water can result in bacterial diseases that would most certainly affect their tight schedules (and, um, their tummies).

Of course, not everyone follows this advice as strictly as the queen does (as evidenced by Prince Charles knocking back oysters at a festival), but rules were meant to be broken, right?

The Royals
Sundance 2022: 5 Chilling Takeaways From The Princess
by Monica Sisavat 19 hours ago