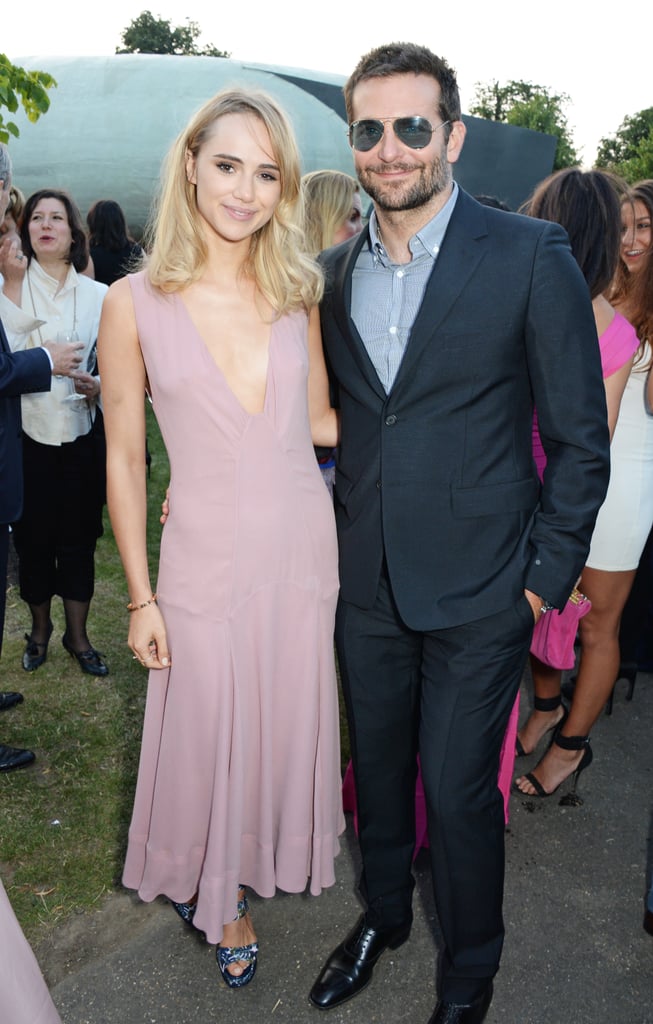 English actress and model Suki Waterhouse — who has appeared in movies such as Insurgent, The Bad Batch, and Billionaire Boys Club — dated the actor from March of 2013 to March of 2015 and created some controversy with their 17-year age difference. The two split amicably after their two-year relationship, purportedly due to the fact that Bradley was ready to start a family and Suki, who was only 23 at the time, was not.

Celebrity Couples
Kaitlyn Bristowe and Jason Tartick Are Engaged: "It Was Everything I Could Have Asked For"
by Kelsie Gibson 9 hours ago

Celebrity Couples
Matt Damon Is Ready For a Ben Affleck and Jennifer Lopez Reunion: "I Hope It's True"
by Grayson Gilcrease 13 hours ago