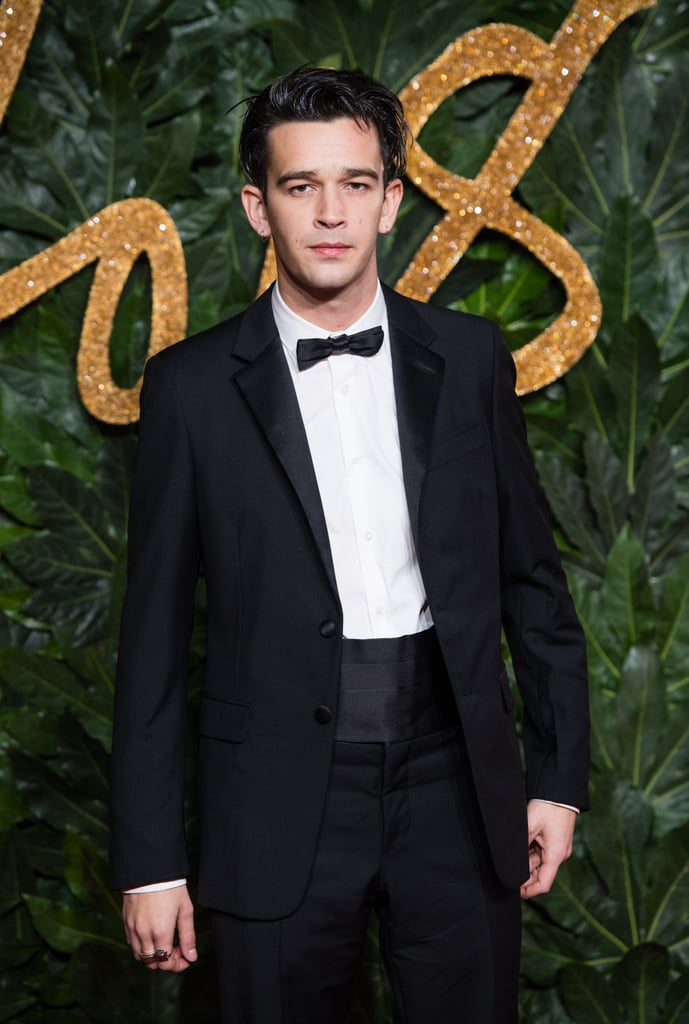 Halsey dated The 1975's frontman in 2015 after meeting him at one of his concerts. "When I first started writing I was a huge fan of this band called The 1975. I went to see them in concert, bought tickets, met Matty, and in a weird way he's been influential to me just because of his lack of care," the singer said in a 2014 interview with All Things Go. While it's unclear when or why they split, it's rumored Halsey's Room 93 EP is titled after a hotel room they once shared. "If you think he's the first red-wine-drinking, pretty-boy rocker in skinny jeans I've been associated with, you're out of your f*cking mind," she told Billboard.

Celebrity News
Chrishell Stause Calls Out PCAs For Not Allowing Her to Bring G Flip: "I Was Fighting to Get Them In"
by Njera Perkins 8 hours ago

The Royals
Prince Harry Jokes About His and Meghan Markle's NYC "Date Night": "We Don't Get Out Much"
by Noelle Devoe 9 hours ago