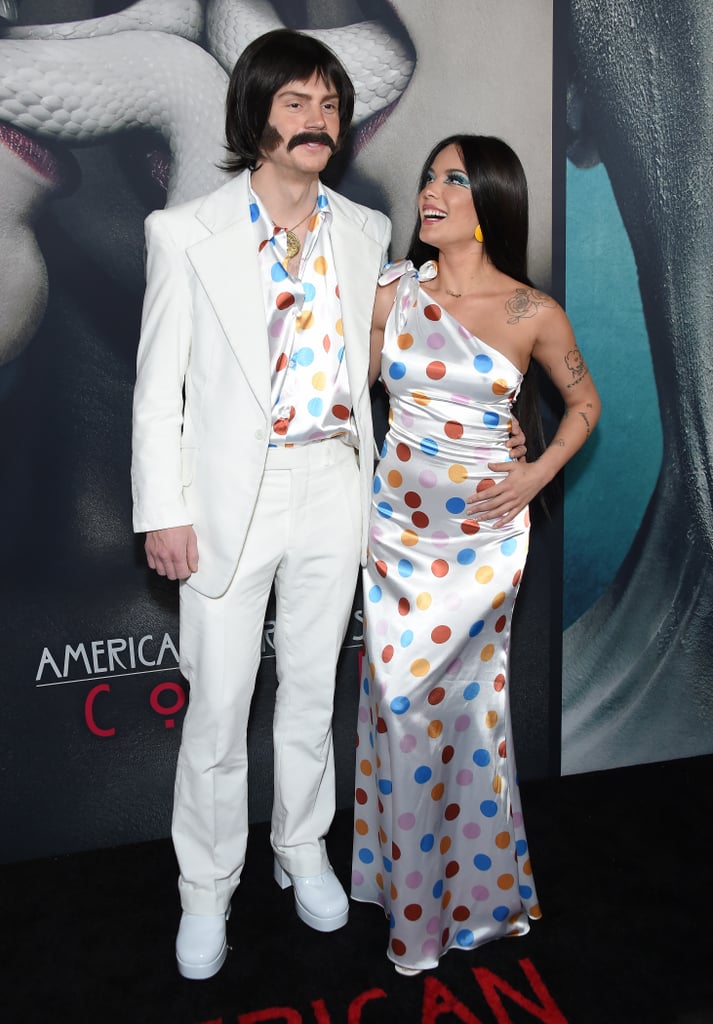 Evan Peters and Halsey are now a red carpet couple! On Oct. 26, they stepped out for their first-ever public appearance as partners at American Horror Story's 100th episode party in Los Angeles. The 32-year-old actor and the 25-year-old singer attended the event in the spirit of Halloween, dressing as iconic '60s rock duo Sonny Bono and Cher. Evan rocked a white suit with a polka dot shirt and Halsey modeled a matching polka dot gown, their outfits reminiscent of the '70s show The Sonny & Cher Comedy Hour. Evan's American Horror Story costar and ex-fiancée Emma Roberts was also in attendance.

A day before their red carpet debut, Halsey and Evan hit a different milestone in their relationship by making it Instagram official. The "Nightmare" crooner shared a snap of her and Evan coupled up at her Friday-night Halloween bash. While Evan dressed as a Juggalo — a fan of hip-hop duo Insane Clown Posse — Halsey transformed into Marilyn Manson. "Resident goths," she captioned the post.

Ever since they developed a romance sometime around September, it seems like their relationship is only getting stronger. Look ahead to see all the photos from the American Horror Story gathering!