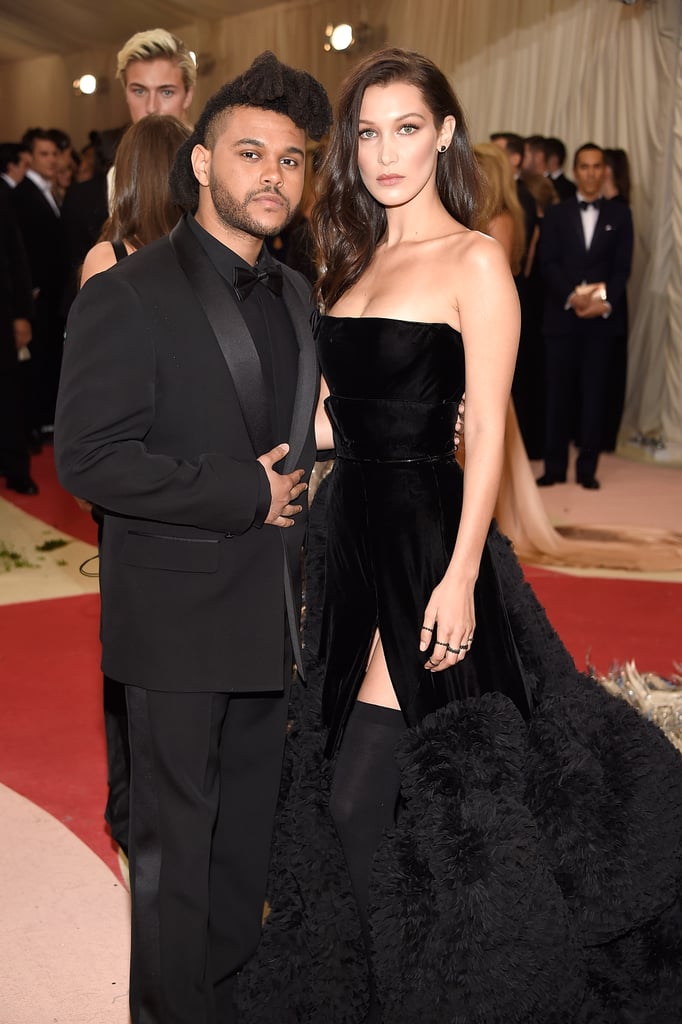 Hoo boy, buckle up, because the saga of Bella and The Weeknd is long and complicated. E! News first reported the newly formed couple in May 2015, when a source explained to them, "[Bella and The Weeknd] have many things in common and really enjoyed each other's company. She loves his music as well. They are hanging out for sure now." Over the next couple of years, they dated and worked together, too, with Hadid appearing in one of The Weeknd's music videos.

In November 2016, People reported the couple had split due to the strains of work and long-distance. "Their schedules have been too hard to coordinate and he is focusing on finishing and promoting his album," a source said, adding, "They still have a great deal of love for one another and will remain friends."

By the Spring of 2018, the duo were captured by photographers several times, flirting and kissing, but didn't comment publicly; by the Summer, they were openly back together again, sharing clips on social media and attending events together. In a December 73 Questions interview with Vogue, Bella called The Weeknd "my boyfriend" and noted that he's the person who makes her laugh.

In early August 2019, though, E! reported the couple had split again. "They are in different places right now, physically and mentally . . . [They] haven't spent quality time together in months," a source revealed. But all hope might not be lost: according to the insider, this might be more of a break than a breakup. "They hope to get back together at one point but for now are focusing on themselves and their projects."