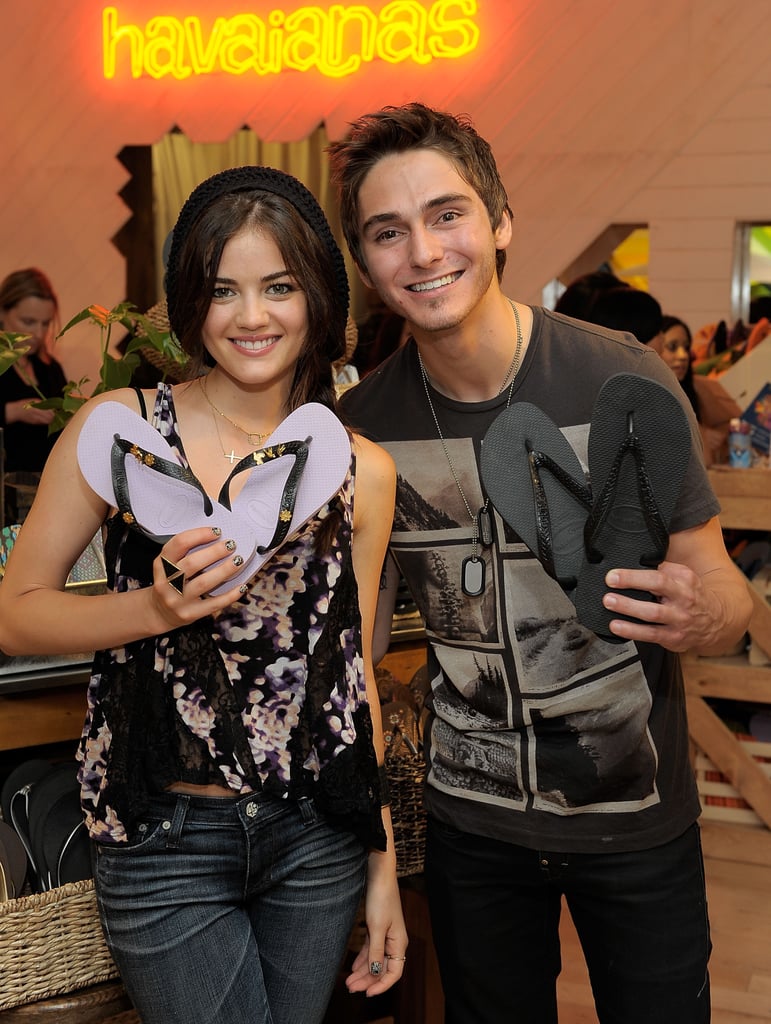 Soon after the premiere of Pretty Little Liars, Lucy sparked dating rumors with The Cab keyboard player Alex Marshall. Hale seemingly confirmed the relationship when she tweeted, "He bought me a rose," alongside a picture of the two of them in October 2010, but the two only lasted for a few months after that before going their separate ways.

Kaia Gerber
Kaia Gerber May Have a New Boo, but Here Are the Other Guys She's Romanced Over the Years
by Corinne Sullivan 3 days ago

Celebrity Couples
If These Pics of Lily Allen and David Harbour Don't Make You Smile, Nothing Will
by Corinne Sullivan 3 days ago