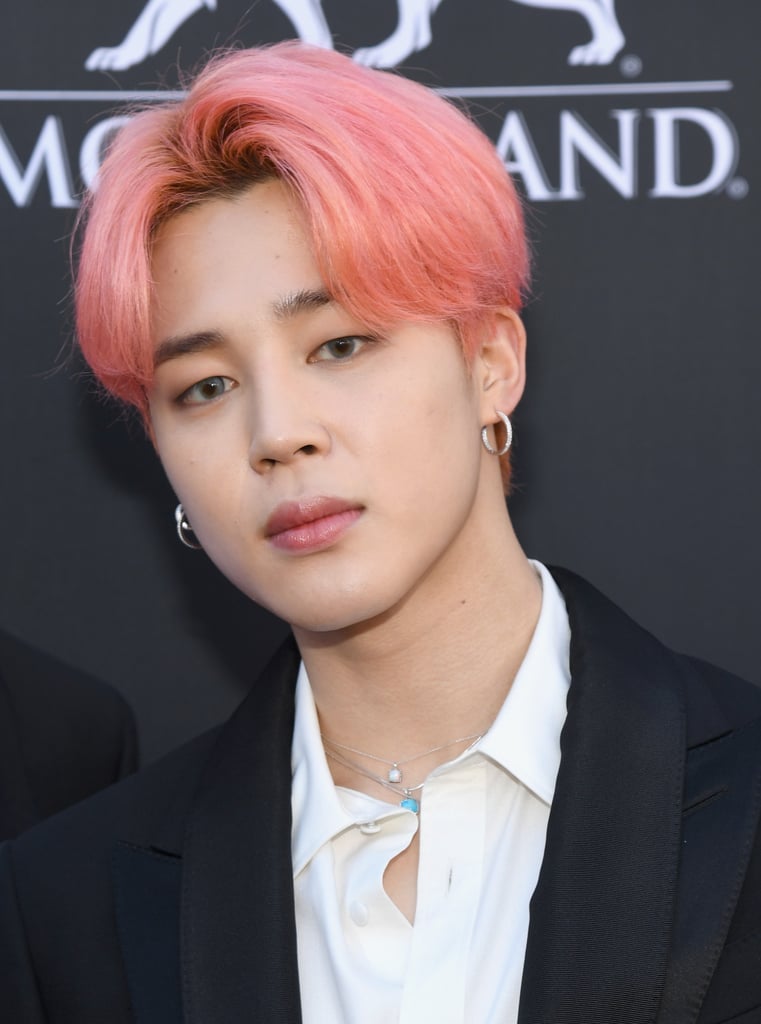 Who Has Jimin From BTS Dated?

Jimin (who was born Park Ji-min) has been romantically linked to more than one lady in the past, and they share something in common: they're both members of popular K-pop girl groups. There's been speculation for years that he and Seulgi from Red Velvet are an item, though neither of them has ever confirmed or denied the rumors.

He's also been linked to Han Seung-yeon from the girl-group Kara ever since Seung-yeon admitted during a June 2015 episode of MBS's Weekly Idol that she had a crush on her fellow K-pop star. "Back when we were promoting 'Mamma Mia,' our promotion periods overlapped," she said. "He's caught my eye since then." However, it doesn't seem as though the two ever dated — at least, not as far as the public knows.

Celebrity Couples
Like Taylor Swift and Joe Alwyn, These 10 Couples Wrote Hit Songs Together
by Hedy Phillips 15 hours ago