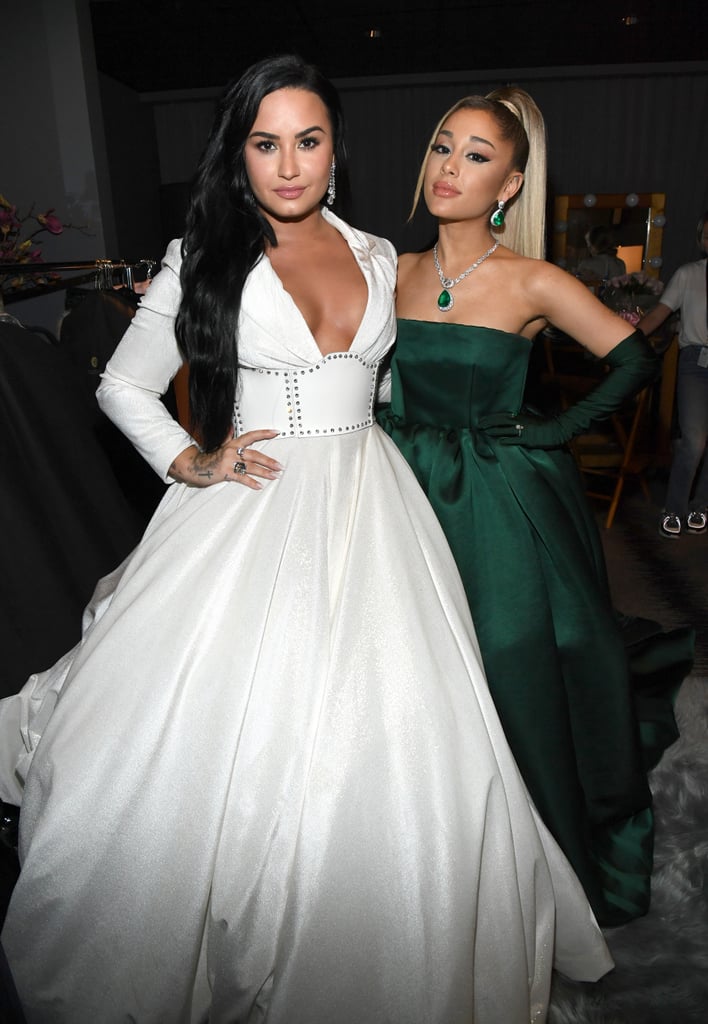 In her May 2020 cover story for Harper's Bazaar, Demi said of fellow pop star Ariana, "I love the fact that Ariana and I have such a supportive friendship because it's hard to find. Two women who are in a competitive industry — the whole world seems to want to pit women against each other, so it would be so easy to do that."

The two are both managed by Scooter Braun, which, according to Harper's Bazaar, is how they've become even closer in the past couple years. Demi even invited Ariana to join her small birthday party to celebrate turning 27 after Demi came out for Ariana's concert earlier in the night.

These two have been friends, though not always besties, for several years. When Demi was hospitalized in 2018, Ariana was quick to tweet a public declaration of her love for her friend and months later make sure everyone knew she talks to Demi every day.

TV
5 Facts About Nadine E. Velázquez That Prove She's a Queen IRL, Too
by Michele Mendez 3 days ago

Celebrity Instagrams
Bahja Rodriguez May Be Young, but She's No Rookie When It Comes to the Music Game
by Njera Perkins 5 days ago