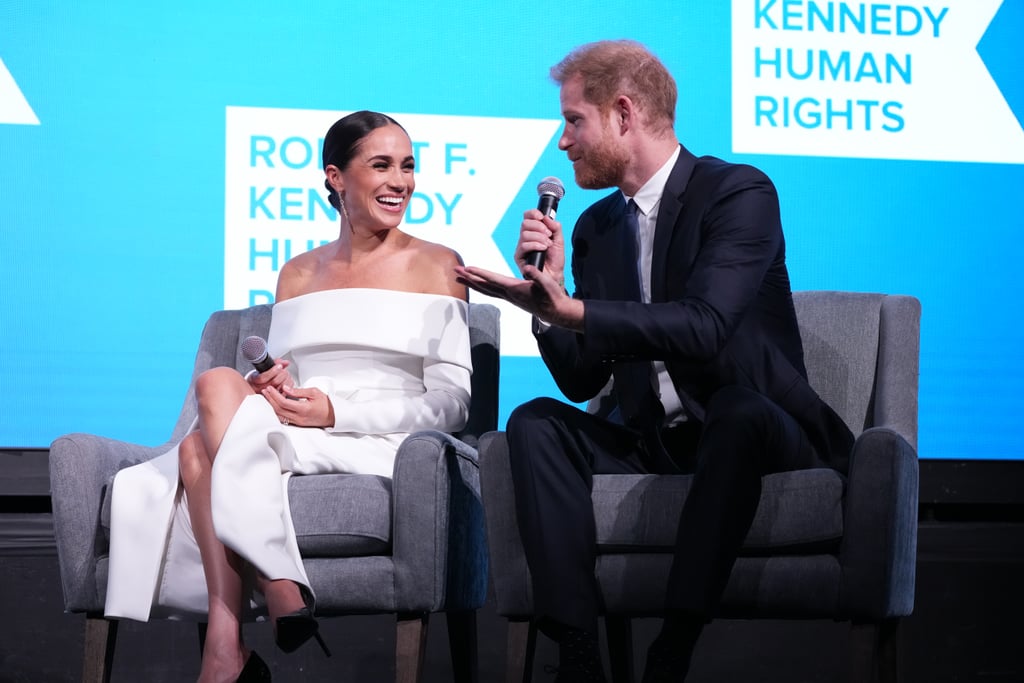 On Dec. 6, Prince Harry and Meghan Markle attended the Robert F. Kennedy Human Rights Foundation Ripple of Hope Gala in New York City to accept an award for their "heroic" stance against "structural racism within the [royal] institution." The Duke and Duchess of Sussex arrived at the event hand in hand and were welcomed by a swarm of fans.

In November, Kerry Kennedy, the president of the Robert F. Kennedy Human Rights Foundation, told El Confidencial's Vanitatis magazine (via People) that, in standing up to the British monarchy, the Duke and Duchess of Sussex possess the "moral courage" her father spoke about in his famous 1966 "Ripple of Hope" speech in South Africa.

"He also spoke of moral courage, saying that few would have the courage to question their colleagues, family, and their community about the power structure they maintained, and this is what Meghan Markle and Prince Harry have done," Kennedy explained. "They went to the oldest institution in UK history and told them what they were doing wrong, that they couldn't have structural racism within the institution . . . They knew that if they did this, there would be consequences, that they would be ostracized, they would lose their family, their position within this structure, and that people would blame them for it. They have done it anyway . . . I think they have been heroic in taking this step."

While the Sussexes were honored with the Ripple of Hope Award for such an important reason, that doesn't mean the gala's 1,500 attendees weren't subject to Prince Harry's endearing dad jokes.

The Sussexes sat down with Kennedy for a conversation about their commitment to social change at the event, during which Harry joked he had thought attending the gala would be a "date night" for the pair. "To be honest with you, Kerry, I actually thought we were just going on a date night, so I found it quite weird that we're sharing the room with 1,500 people," he said. "We don't get out much because our kids are so small and young, so this is completely unexpected. But it's nice to share date night with all of you, thanks for coming." Markle responded, laughing, "Thanks for bringing me on this very special date night."

Prince Harry jokes that he thought he was taking his wife on a “date night” at the Ripple of Hope Awards in New York City pic.twitter.com/bESLd3GJ9Q

Check out more photos of the happy couple on their Ripple of Hope Gala date night.