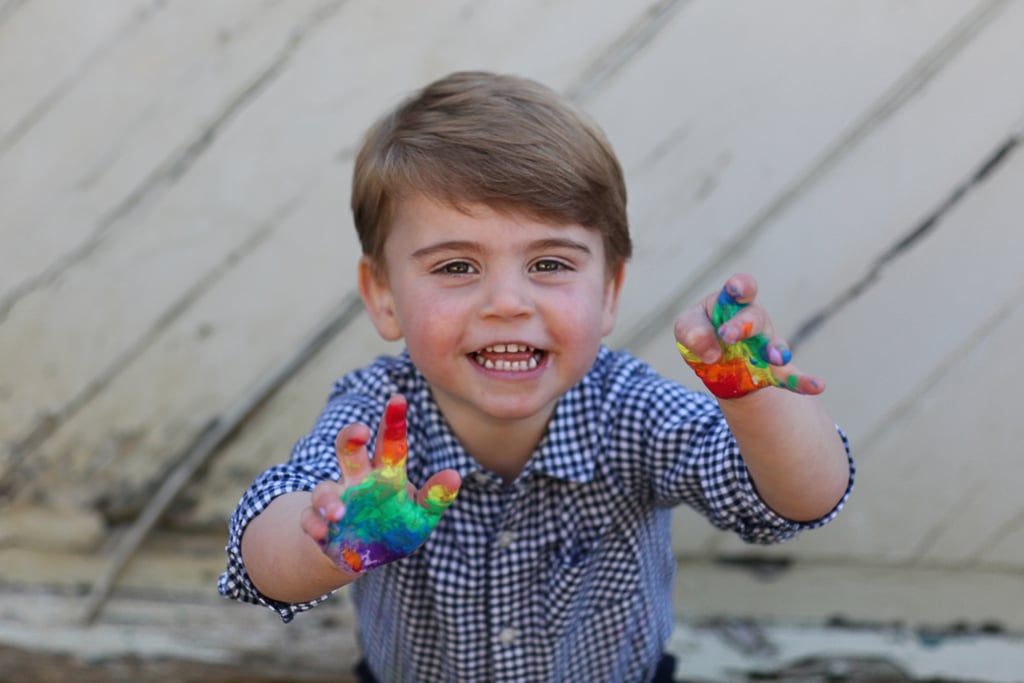 Prince Louis turned 2 on Thursday! We can barely believe it's been two whole years since we first got a glimpse of Prince Louis — the Duke and Duchess of Cambridge's third and youngest son — outside the Lindo Wing of St. Mary's hospital in London.

Although a big birthday bash won't be in the cards this year due to the novel coronavirus (COVID-19) lockdown in the UK, the family still found a way to celebrate at their home, Anmer Hall in Norfolk, England. In true royal tradition, the family released a handful of adorable photos of Louis to mark the occasion on Wednesday. In the photos, Louis is shown doing some arts and crafts as he makes rainbow-colored paintings in support of National Health Service (NHS) workers and other essential workers fighting the coronavirus pandemic.

No other details of Louis's special day have been released, but we do know one thing: Kate will probably be making a special cake for the birthday boy. She revealed during the BBC's "A Berry Royal Christmas With Mary Berry" that she loves to make birthday cakes for her children. "It's become a bit of a tradition that I sort of stay up until midnight with ridiculous amounts of cake mix and icing, I make far too much, but I love it," she told Berry. See Louis's adorable portraits ahead!

Related:
One Look at Prince Louis's Face, and It's Easy to Guess What He's Thinking
Previous Next Start Slideshow
The RoyalsPrince LouisThe British Royals