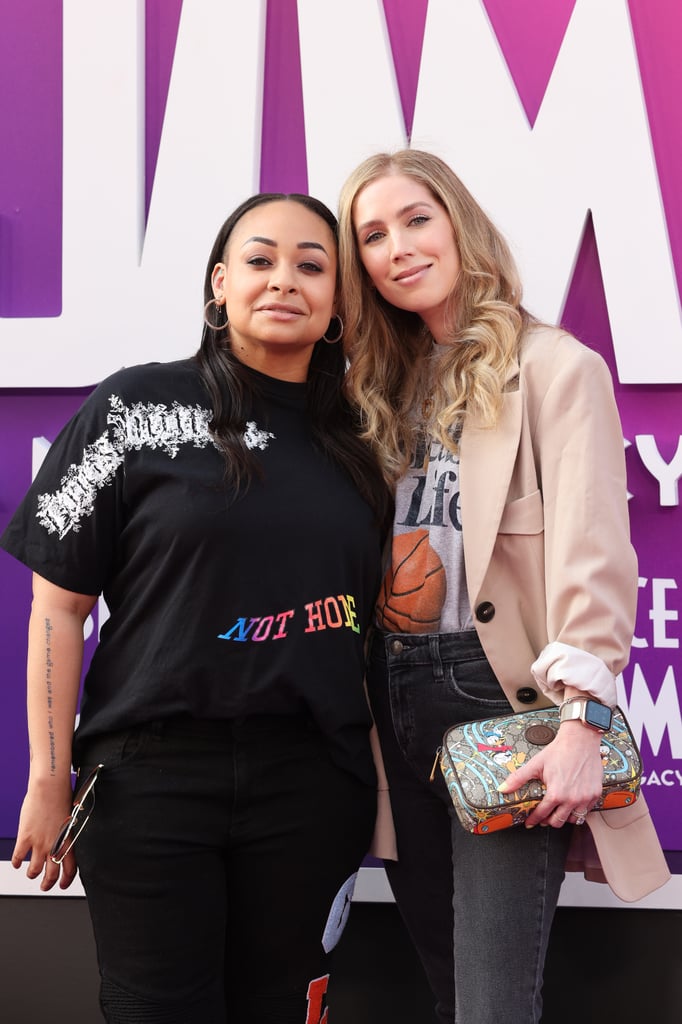 Raven-Symoné and Miranda Pearman-Maday made their marriage red carpet official! On Monday night, the pair — who tied the knot in June 2020 — made their first public appearance as a married couple at the Los Angeles premiere of Space Jam: A New Legacy. The star-studded event brought out a ton of celebrities, including Zendaya, LeBron James, G-Eazy, John Legend, Klay Thompson, and Anthony Davis.

Raven and Miranda's night out came just a few months after the launch of their YouTube channel called 8 PM, where the duo chronicles their daily lives together. "We love working together and coming up with cool videos for it and bonding," Raven told Entertainment Tonight. "It feels great . . . and to be able to do it with my wife and really have that strength and that companionship, it makes it even easier." She added: "There is so much in the works. There is always going to be something new from us. We are very creative people at home and we want to make sure we share that with the people from the rest of the world, so be ready!"

Related:
Welcome to the Space Jam: Here's Your Chance to Check Out the Songs From the Sequel
Previous Next Start Slideshow
Celebrity CouplesRed CarpetCelebrity PDARaven SymoneLGBTQ+

Red Carpet
Meghan Markle Returns to the Red Carpet in an Off-Shoulder, High-Slit Dress
by Yerin Kim 3 hours ago