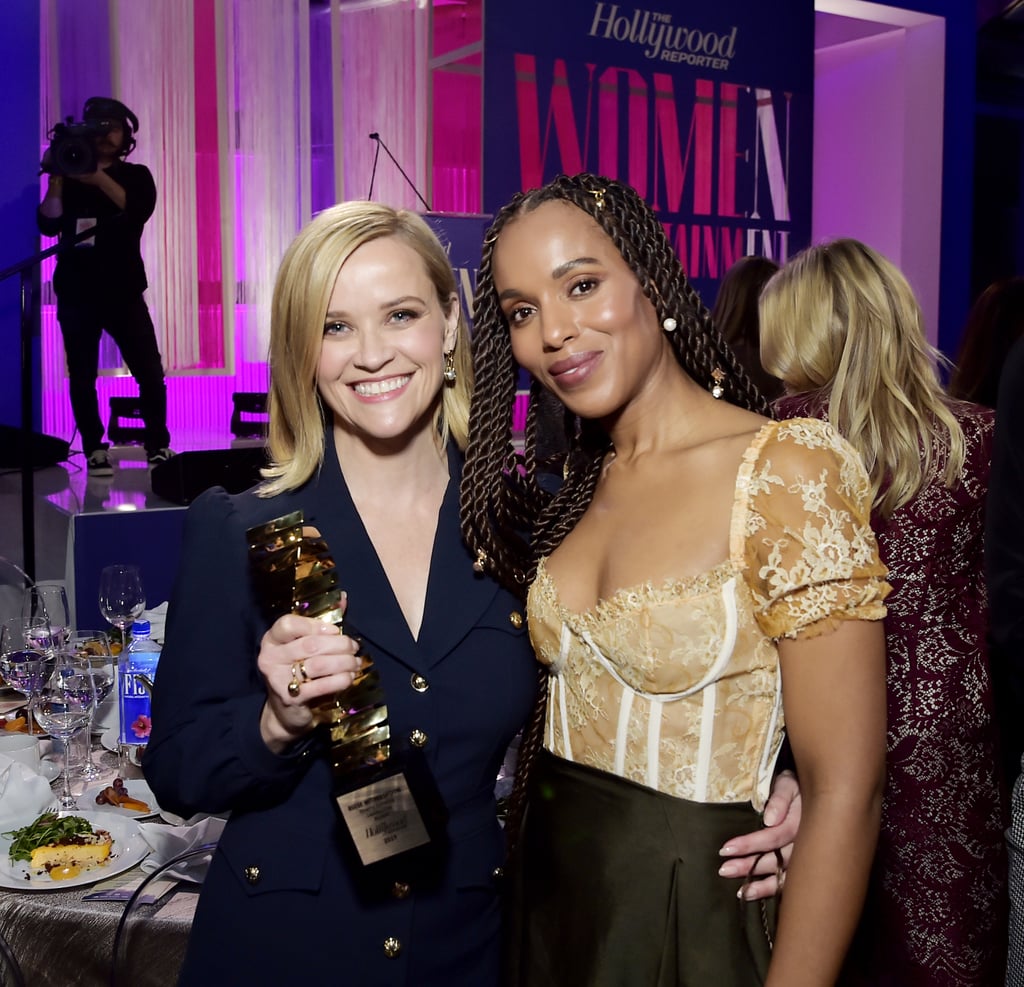 Kerry Washington and Reese Witherspoon may not seem like the best of friends in the Hulu miniseries adaptation of Celeste Ng's Little Fires Everywhere, but off screen, it's a different story. The actors have actually been friends for years and are both heavily involved with the Time's Up movement. Given how close they are, when Reese was casting for the series, she knew immediately that Kerry would be "great" for the role of Mia Warren to her Elena Richardson. "Talking about potential partners, you were always somebody that I dreamed of working with and then we spent so much time together that I was like — I just really valued your opinions in this space," Reese told Kerry in an interview with Variety. "And I thought to deepen the project and really make it about so many different things, I really valued you as a partner."

Both stars have been openly supportive of each other's careers over the years, and back in 2016, Reese praised Kerry and referred to her as her muse on Instagram. "My friend and one of my favorite actresses/producers/mothers/philanthropists, this woman is a champion for change in the world in so many ways," Reese wrote in a birthday shout-out. In honor of their strong bond and the finale of Little Fires Everywhere, see some of Kerry and Reese's cutest moments together ahead.

Unstoppable
Remember the Girl From That Viral 2014 "Yoncé" Dance Video? She's Now Your Fave TikToker
by Lauren Mazzo 2 hours ago