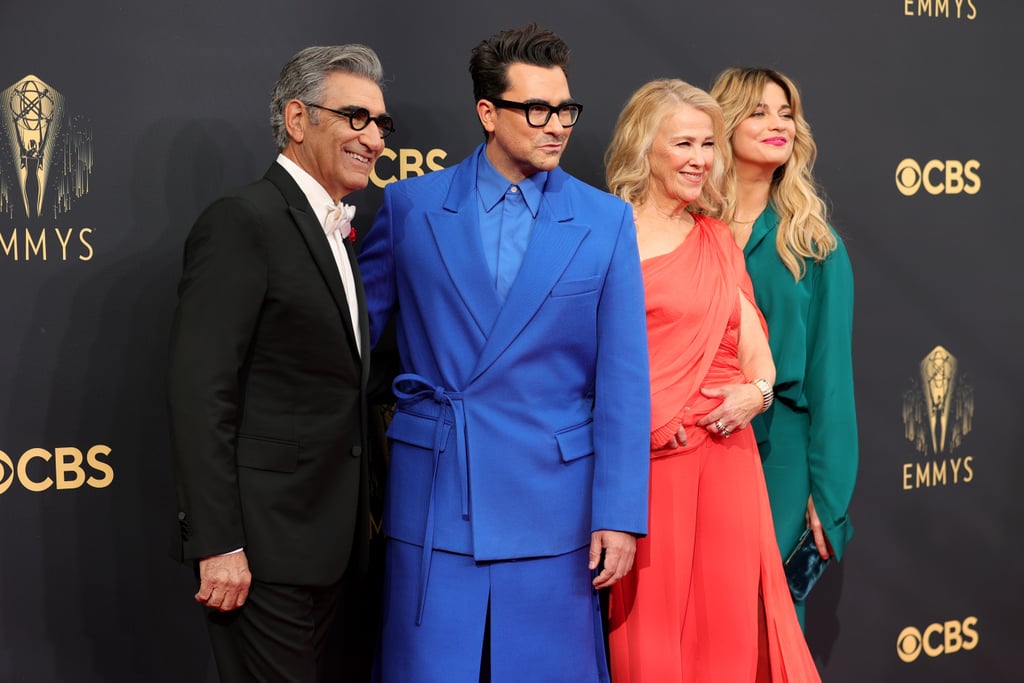 Schitt's Creek may have come to an end, but it warms our heart to see the cast are still as tight as ever. On Sunday, Annie Murphy, Catherine O'Hara, and Eugene and Dan Levy had a sweet reunion at the Emmys in LA. The group exchanged smiles and held hands as they posed for photos together on the red carpet.

It was only last year that Schitt's Creek made history at the Emmys, taking home a whopping nine awards, which is the most won by a comedy in a single season. In addition to winning outstanding contemporary costumes, the show took home the award for outstanding comedy series, making it the first family sitcom to do so since Modern Family in 2014. This year, the gang were just kicking back and enjoying the show — see photos of their reunion ahead.

by Joely Chilcott 29 minutes ago