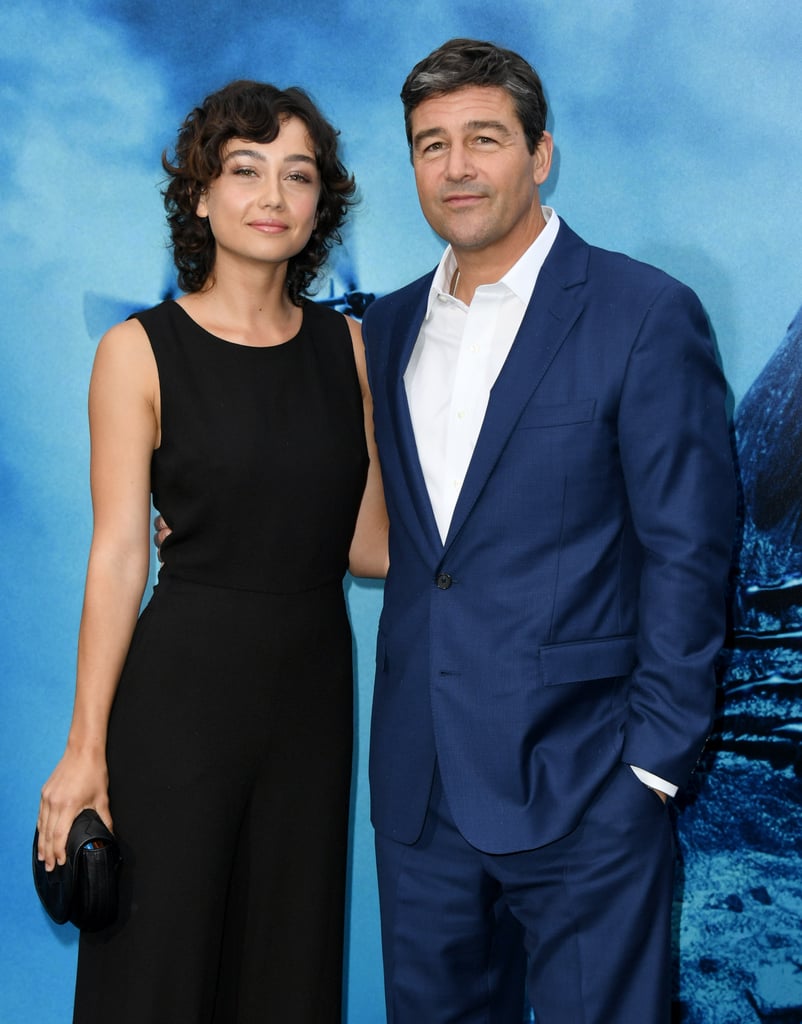 It's time to get acquainted with Sydney Chandler. Fans may recognize her from the 2022 Hulu miniseries "Pistol," in which she portrays Chrissie Hynde, the founder and lead vocalist of '70s rock band Pretenders, marking her first major TV role. She also recently made her film debut in "Don't Worry Darling" as Violet, a housewife and friend of main character Alice Chambers (Florence Pugh). Up next, she'll be starring in Susannah Grant's sex-trafficking drama "Coercion." Even though she's just getting her start as an actor, Hollywood isn't a new concept to Sydney, who grew up with a famous TV coach and dad for a father.

Sydney's dad, Kyle Chandler, is a film and TV national treasure. He's starred in a litany of beloved titles, including "Grey's Anatomy," "Super 8," "Argo," "The Spectacular Now," "The Wolf of Wall Street," and the Godzilla series, just to name a few. In fact, Netflix's "Bloodline" earned him back-to-back Primetime Emmy nominations for outstanding lead actor in a drama series in 2015 and 2016.

However, Kyle is arguably known by most as Coach Eric Taylor from "Friday Night Lights." The NBC TV series aired from 2006 to 2011 and earned the actor a Primetime Emmy for outstanding lead actor in a drama series in 2011. Speaking with Men's Health in 2010, Kyle reflected on how his role as a high school football coach has shaped his perspective on fatherhood. "There are a lot of parallels between being a coach, especially a high school coach, and being a dad," he said. "You're not just telling your players how to hold a football or run a play, you're sharing your essence with them. Like a father, you're passing on the wisdom of life to these young people. You're helping them figure out which mistakes to avoid, and how to react when the bad times happen."

Kyle continued, "Kids make mistakes, and they don't need to be called names, they need to be loved. It's really moving to watch kids grow up in front of your eyes. And when they respond to some lesson you've learned about life, something you've shared with them, it's the most satisfying feeling in the world."

Kyle is dad to Sydney and her younger sister, Sawyer, both of whom he shares with wife Kathryn MacQuarrie. "No matter what happens in other areas of my life, I get my soul and essence from them," he said of his family to Men's Health. "Spending time with my girls clarifies my perspective on just about any problem."

Though she initially had no intentions of following in her famous dad's footsteps, Sydney told WWD in June that her dad has "been extremely supportive" of her career. "We've had some really good talks about, you know. I want to make my own way through this, my own path through this, with my work," she told the publication. "And he's been really, really just supportive. He's my dad. He's there for me."

Peep the gallery ahead for some cute photos of the father-daughter duo.

Celebrity Instagrams
Britney Spears Celebrates Her Birthday by Posting a Tribute to Her Sister, Jamie Lynn Spears
by Sabienna Bowman 17 hours ago

Nick Cannon
Nick Cannon Jokes About Christmas Shopping For His "Big-Ass Family": "Hell of a Lot of Gifts to Buy"
by Njera Perkins 1 day ago