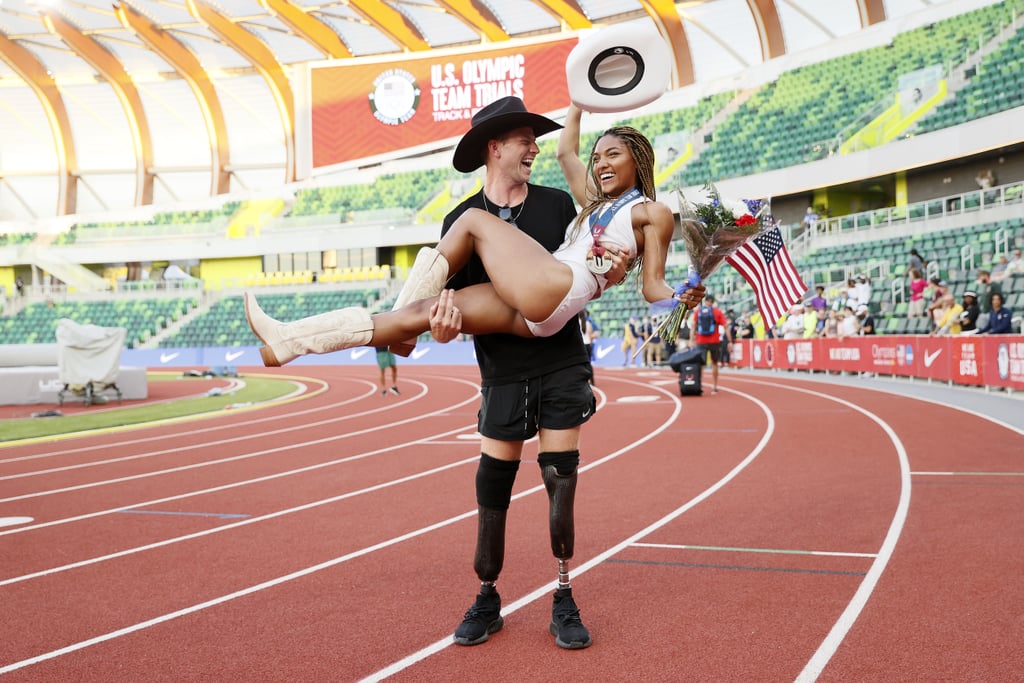 It's official: Texas long jumper Tara Davis and two-time Paralympic medalist Hunter Woodhall are the cutest track and field couple on the planet. To make things even sweeter, they're both headed to Tokyo to compete in their respective events this summer! During an interview with FloTrack, Davis explained it meant "everything" that Woodhall was able to be with her during Trials, especially since the Paralympic Trials had already taken place the week prior. "He's been dealing with all of my anxiety and nervousness that people don't see, so it's good for him to be here," Davis said after qualifying for Tokyo. "For him to come and celebrate me is just unreal."

Clearly, 2021 is shaping up to be a big year for the couple. In January, Davis announced on their joint YouTube channel that after four years of long distance, she's moving to Fayetteville, AK, to be with Woodhall. To see more of their adorable relationship, check out any of their social media channels and this cute gallery we put together ahead.