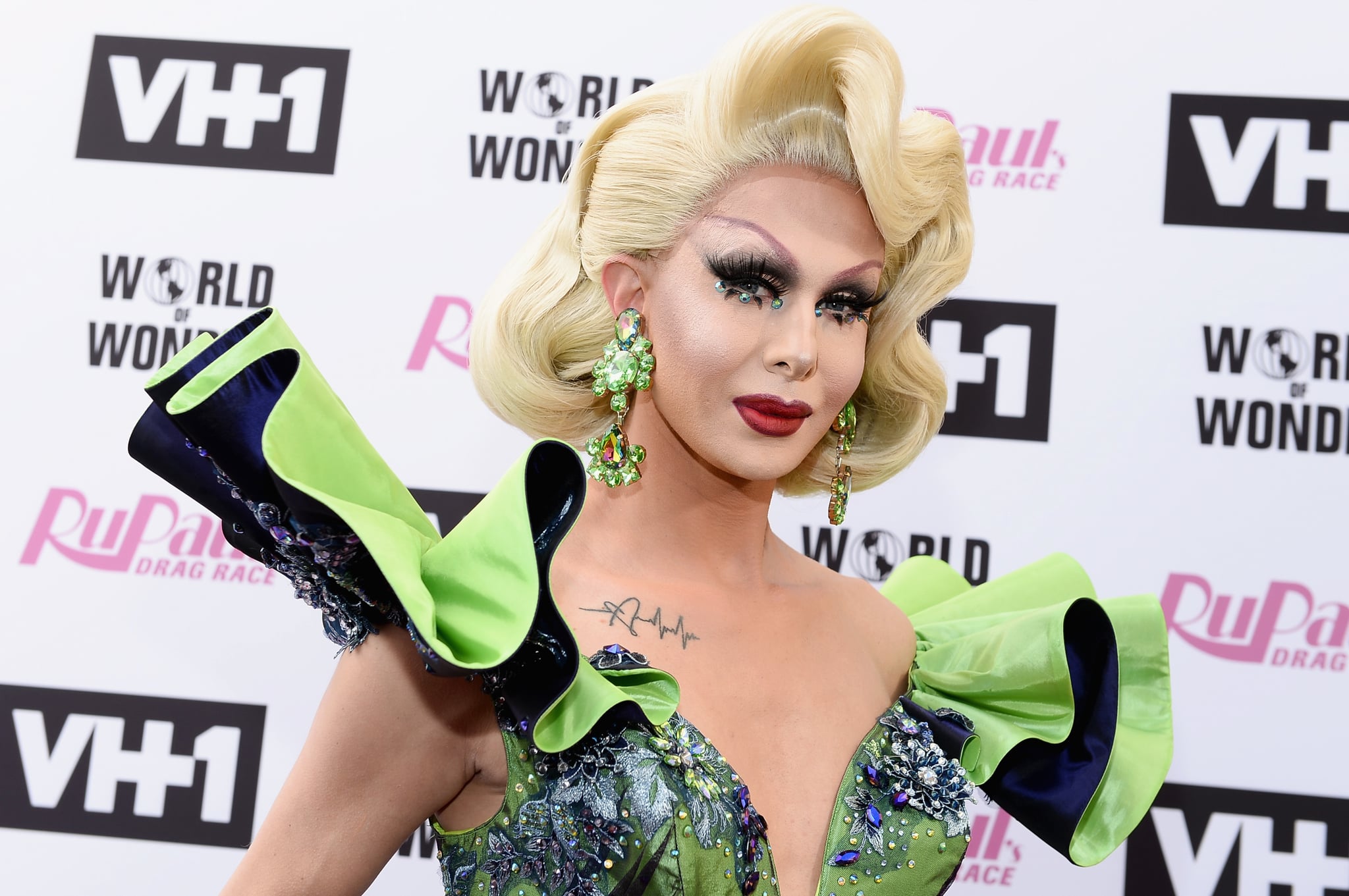 When Trinity the Tuck appeared on the stage of "RuPaul's Drag Race All Stars" earlier this year for the iconic Snatch Game challenge, in which every drag artist chooses a celebrity to impersonate, she had completely morphed into actor Leslie Jordan. Apart from her impressive physical transformation — a far cry from Trinity's usual Southern glamour and pageantry — she embodied Jordan's energetic spirit, his sense of humor, and, above all, his ability not to take life too seriously. That impersonation led her to win the challenge alongside competitor Jinkx Monsoon.

Now, one month after Jordan's death, Trinity is reflecting on the legacy he left behind. She remembers first feeling connected to Jordan, who passed away at 67 on Oct. 24, via a television screen. He was a fellow Southern, queer entertainer whose presence and unabashed authenticity brought joy to audiences across the country — and created space for artists like Trinity to explore their craft with confidence and courage. Jordan's loss has been felt tremendously in the LGBTQ+ community, but Trinity is one of many working to ensure that he will be remembered as the inspiration he was and for the light he gave. Although, as Trinity says, it may "never be filled" in quite the same way.

When I saw that Leslie passed, it was a shock. I had just seen him in a restaurant while I was in West Hollywood a few weeks ago, so this news was devastating. I still can't believe it, and my heart is very heavy. Especially for those he was close to.

This world has lost a bright, positive light that will never be filled.

I first remember seeing him in "Sordid Lives" as Brother Boy and then later in "Will and Grace." He was so funny, and his Southern drawl instantly made me connect with him. He was flamboyant and unapologetically himself. I felt that Southern queer connection instantly and wanted to know more about him.

Although I wouldn't say I had any close relationship with Leslie, I had a few conversations with him in passing over the last few years. When I chose to impersonate him for the Snatch Game on "RuPaul's Drag Race," we had a cute conversation through Instagram that made me so happy as an admirer of his. He seemed tickled with my impersonation of him and had some very kind words to say, which made my day.

Leslie just brought so much joy to the world. From all his accomplishments — acting, singing, comedy, and also his social media. Throughout the pandemic, he really made people smile with his hilarious campy posts. This world has lost a bright, positive light that will never be filled. I hope that he is remembered for his kindness and for being someone who brought people happiness and laughter.

— As told to Chandler Plante

Celebrity Instagrams
Priscilla Presley Pays Tribute to Lisa Marie on Her 55th Birthday: "Our Hearts Are Broken"
by Eden Arielle Gordon 6 days ago