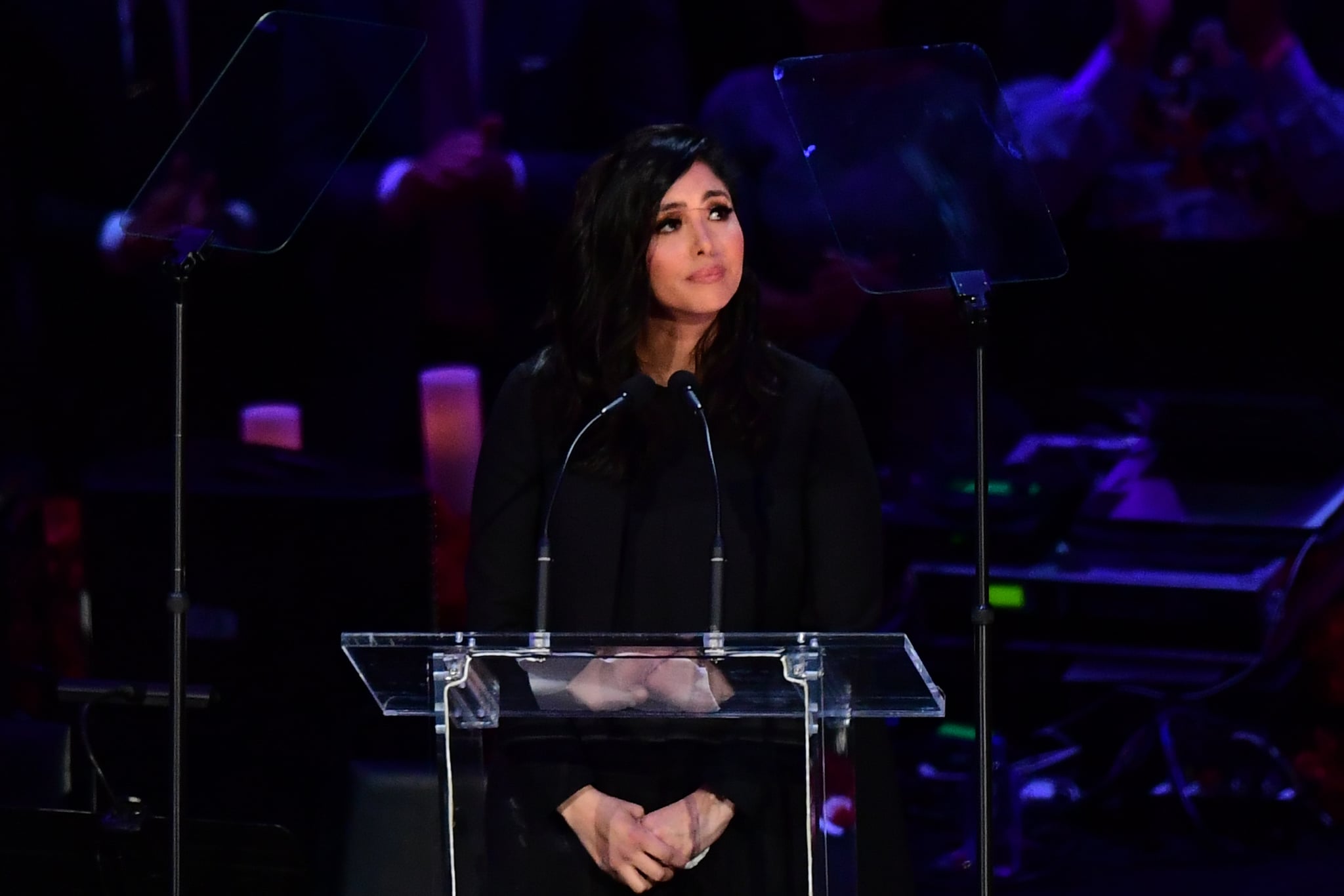 Vanessa Bryant gave a moving speech as she honored her husband, Kobe, and daughter Gianna during their public memorial service on Monday. As Vanessa took to the stage at the Los Angeles Staples Center, she struggled to hold back tears as she addressed the crowd. After receiving a round of applause of support, she began to share sweet anecdotes about her family members. She talked about how even though Gianna was a "daddy's girl" at heart, "she loved her mama" and was one of her best friends. She then went on to talk about Kobe, sharing what a great father and husband he was during their nearly 19-year marriage.

On Jan. 26, Kobe and his 13-year-old daughter died in a helicopter crash with seven other people — Ara Zobayan, Sarah and Payton Chester, Christina Mauser, and Keri, Alyssa, and John Altobelli — in Calabasas, CA. In addition to Kobe's close family, the memorial brought out several of Kobe's celebrity friends, including Stephen Curry, Draymond Green, James Harden, Jennifer Lopez, Alex Rodriguez, Jimmy Kimmel, and Beyoncé, who gave a moving performance of "XO" and "Halo." Watch Vanessa's speech ahead.

Award Season
Taraji P. Henson, Janelle Monáe, and More Stand Up For Abortion Rights at the BET Awards
by Njera Perkins 4 days ago