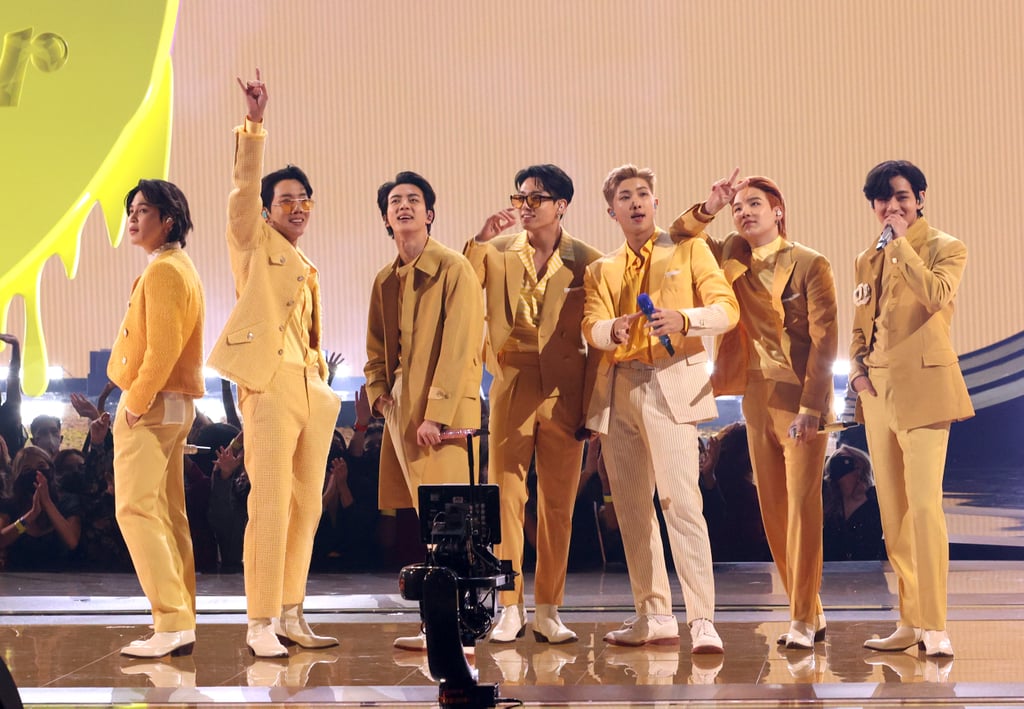 BTS Are FINALLY on Insta, So Here's Where to Follow Them on Every Social Media Network

Permission to freak out and swoon over the newly launched solo Instagram accounts of BTS' members? Yes, you read it right: this is not a drill. On Monday, Dec. 6, RM, Jin, Suga, V, Jimin, J-Hope, and Jungkook made their official personal social media debut on Instagram, posting their first pictures to their respective handles to mark the occasion. Within minutes of joining Instagram, the artists gained millions of followers. V now holds the record for the fastest user to reach 1 million and 10 million followers on the platform, as well as the quickest to garner 1 million likes. The rest of the members weren't far behind, though, with each one racking up well over 15 million followers within the first 24 hours of creation.

The beloved South Korean music group revealed their new accounts fresh off their massively successful four-day concert event, BTS Permission to Dance on Stage – LA — their first in-person live show following the two-year pandemic-induced hiatus from performing live. A day before, on Dec 5, it was announced that BTS would be taking a much-earned break to revitalize and get creatively inspired over the holidays before they pick back up promotions in January. Seeing as we won't be seeing them as much over the next few weeks, their Instagram debut is the best early holiday gift we could've asked for this year!

Over the years, BTS have rewarded their avid fan base by continuously staying connected with them on several different social media platforms. Ahead, we have rounded up every single one of BTS' official handles for the fans to keep abreast with their favorite artists! Keep scrolling to find an extensive list of their social media accounts.