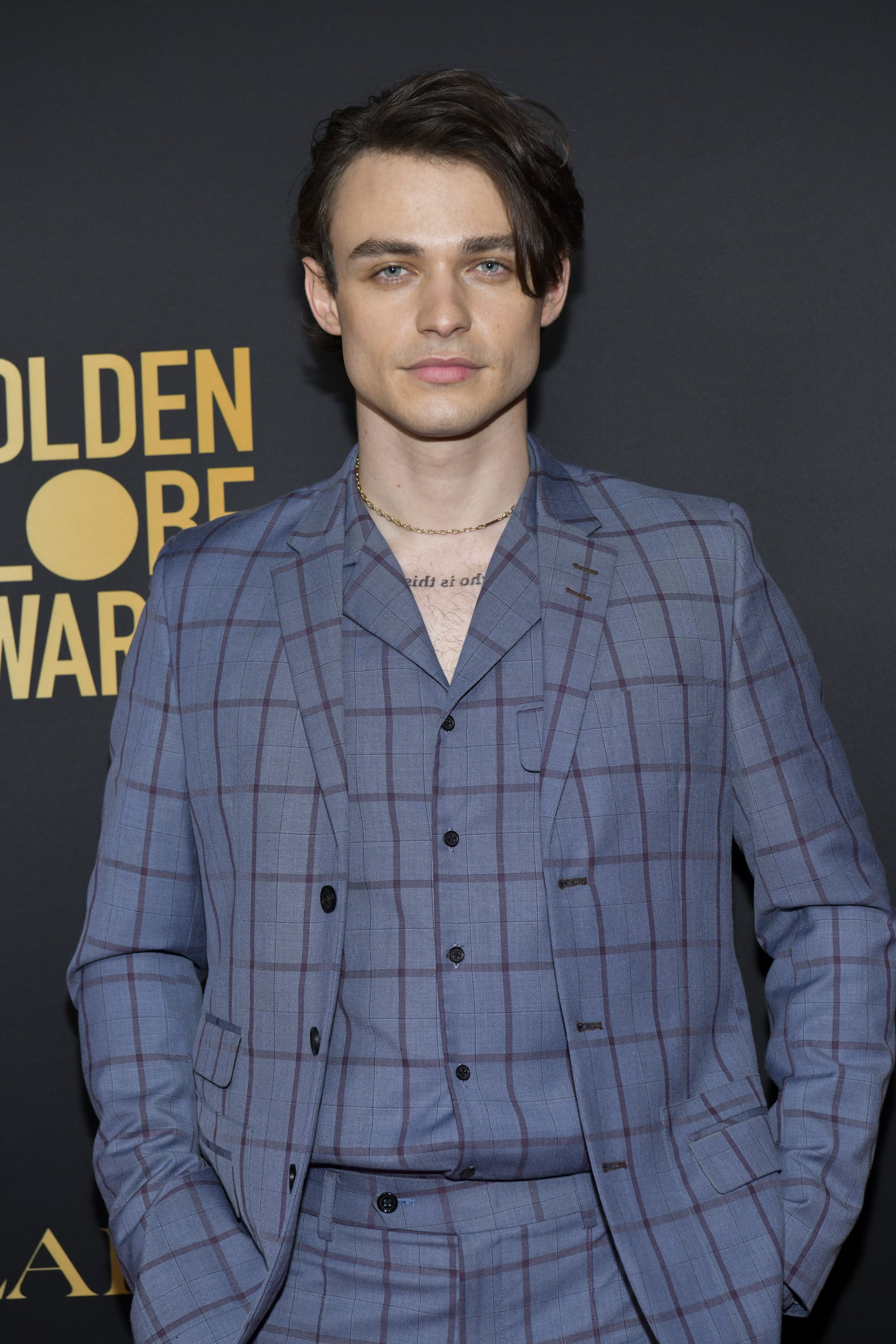 If you aren't already familiar with hunky Scottish actor Thomas Doherty, it's only a matter of time before you are. The Descendants alum is headed to the Upper East Side to play Max Wolfe on HBO Max's Gossip Girl reboot, and while it's unclear who Max may romance on the show, it seems like Thomas has a new love interest IRL. Six months after he and Dove Cameron, whom he dated for nearly four years, broke up, Thomas sparked romance rumors with model Yasmin Wijnaldum, and though neither Thomas nor Yasmin has yet to publicly confirm their maybe-romance, things are looking promising.

In March, E! News published photos of Thomas and Yasmin looking cozy in New York City. In April, the maybe-couple began showing each other love on social media, with Thomas captioning a series of photos that included Yasmin with "bby" and Yasmin wishing Thomas a happy birthday in her Instagram Stories and calling him "angel." By May, the pair stepped out together at the launch of the Grazia Gazette: The Hamptons in Montauk, per Just Jared Jr., marking their first public appearance. Most recently, in June, Yasmin shared a selfie of herself and Thomas, so it's definitely looking like things are official.

Related:
Dove Cameron Opens Up About Coming Out as Queer and "Choosing to Love Myself"

Though Thomas and Dove went their separate ways back in October 2020, Dove didn't announce the news to fans until two months later. "The decision was incredibly difficult, but we still have love for each other, and will remain friends," Dove told fans in a tweet. And it seems like the exes have been able to remain close, as Dove told Entertainment Tonight in June that Thomas still gives her advice on her music. "Everything's very amicable," she said of their relationship. She hasn't publicly commented on rumors that Thomas is dating someone new.