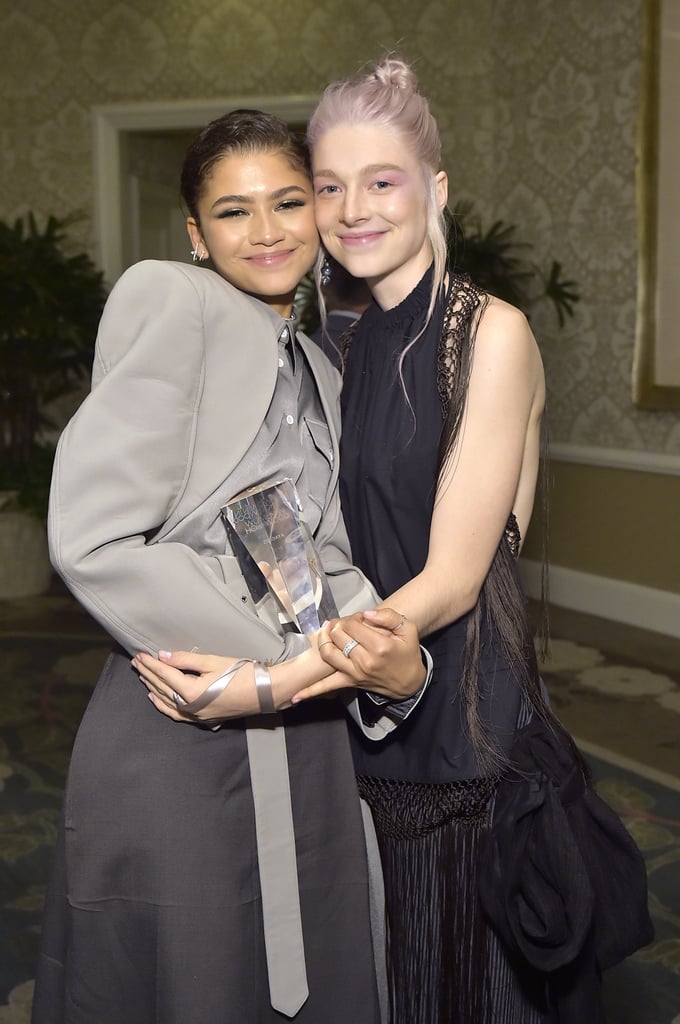 Zendaya and Hunter Schafer may have an intense, complicated relationship as their characters Rue Bennett and Jules Vaughn, respectively, on HBO's Euphoria, but offscreen, it's a different story. In an interview with W magazine, Hunter said she and Zendaya "formed a really special bond" while filming the series. "I'm so thankful," Hunter said. Whether they're goofing off on set or supporting each other at red carpet events, it's clear Zendaya and Hunter have nothing but love for each other.