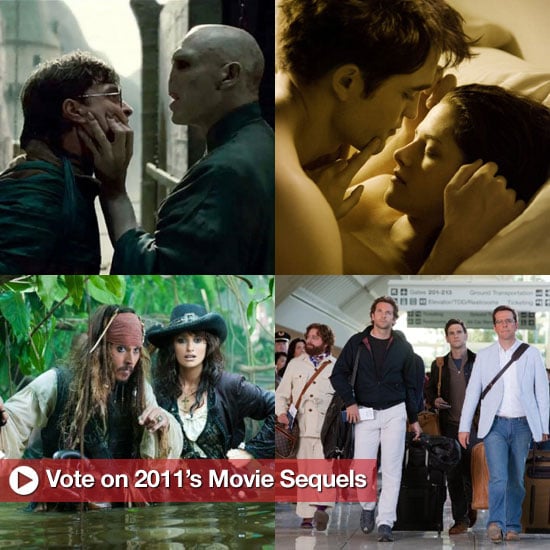 2011 Sequels: Vote on the Ones You're Most Excited About

2011 is now in full swing, and I'm already thinking ahead to all the movies that will be hitting theaters throughout the next 12 months. I've already given you my list of must sees, and I couldn't help but notice how many of those films are part of a bigger franchise. In fact, the 2011 film slate is peppered with a ton of sequels (not to mention franchise-starters like The Girl With the Dragon Tattoo. From blockbusters like Twilight and Harry Potter to animated films to horror movies, check out some of 2011's most anticipated sequels, and tell me which ones you're excited about.

Movie Trailers
Watch the First Trailer For Spider-Man: Across the Spider-Verse (Part One)
by Princess Gabbara 11 hours ago