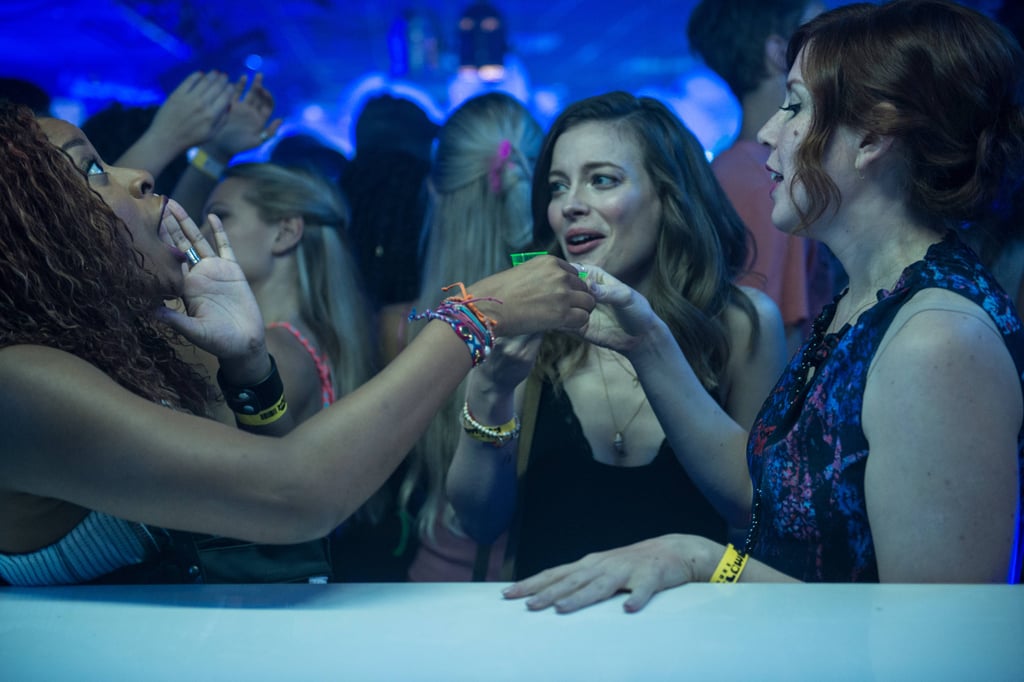 In addition to offering some solid laughs and pretty unfathomable scenarios, Ibiza also has you covered for your next party. The Netflix original movie starring Gillian Jacobs, Phoebe Robinson, and Vanessa Bayer follows a group of friends on a business trip to Barcelona with, of course, a detour to Ibiza. Since much of the movie's action takes place in one of the world's most prominent nightlife destinations, the soundtrack is packed with festive, heart-pumping techno songs, as well as some recent Latin crossover hits like "Despacito" and "Mi Gente." Ahead, listen to every upbeat and uptempo song featured in the movie.

Related:
There Are a Ton of Fascinating 2018 Movies Hiding on Netflix Right Now
Previous Next Start Slideshow
NetflixMusicMoviesMovie Soundtracks

Netflix
Too Hot to Handle: Judging by the Season 2 Trailer, These Folks Are Losing a *Lot* of Money
by Karenna Meredith 10 hours ago

Lorde
Everything We Know About Lorde's Solar Power Album, Including the Potential Release Date
by Chanel Vargas 11 hours ago