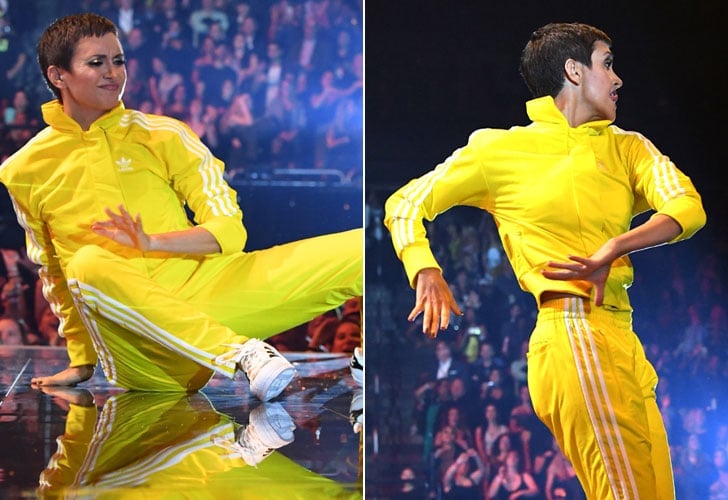 It's been 17 years since Missy Elliott dropped her legendary "Work It" music video, and the epic dance moves still live on. When Elliott accepted the Video Vanguard Award at the MTV VMAs on Aug. 26, she delivered an incredible performance that featured plenty of energetic choreography, including a brief solo by none other than Alyson Stoner.

You might remember Stoner (now 26 years old) as the iconic little girl from Elliott's "Work It" and "Gossip Folks" videos. Almost two decades later, she still has the talent and a matching sweatsuit — yellow, this time.

Stoner paid tribute to her former collaborator during the VMAs performance, and for a second, it felt like the early '00s all over again. Many things have changed, but our awe for Stoner's dancing (and our respect for Elliott) remain the same. In case you need a refresher, check out the original music video below.