If you're an American Horror Story fan, you'll know that the show underwent magnificent changes for its third season, Coven. For the first time since it started airing, it lightened up on the horror and added in a heavy dose of camp. There was an epic shift in the costumes, and costume designer Lou Eyrich even won an Emmy for best costumes. And then, of course, there was Miss Robichaux's Academy For Exceptional Young Ladies. To celebrate the DVD and Blu-ray release of American Horror Story: Coven, Jamie Brewer recently sat down for a group interview and gave us a behind-the-scenes look at the season. Keep scrolling to see what we found out. 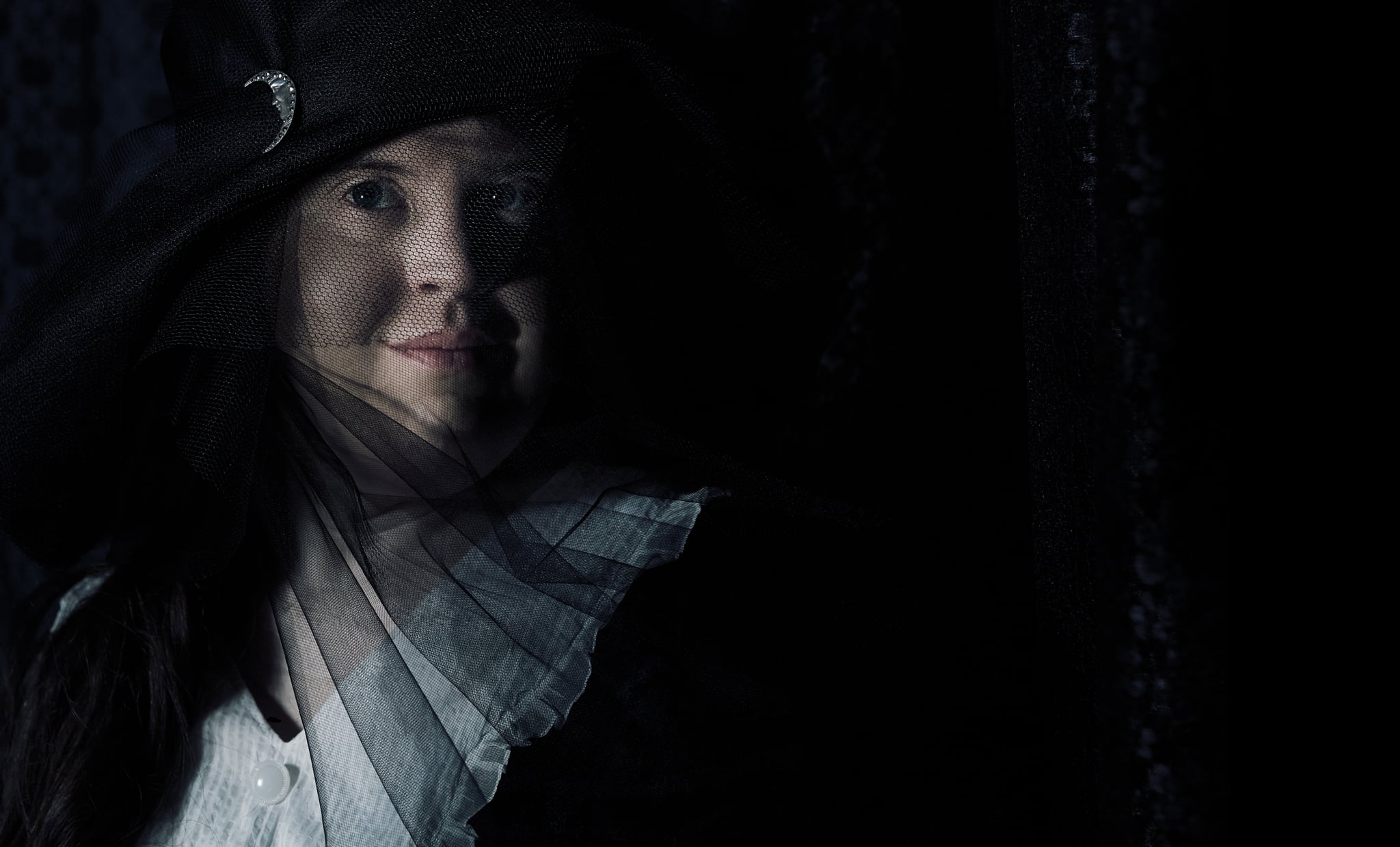 When we asked Brewer if she'd be back for the show's fourth season, she acted coy, saying, "Possibly! I really am curious about it."

Some of Coven's scenes forced Brewer to face her fears.

Since the show deals so much with horror, it makes a lot of sense that the cast might actually be terrified during some of their scenes. We asked Brewer was the scariest scene was for her to film, and for her it was the zombies featured in the Halloween episode. "I don't want to say scariest. But challenging. I had a fear of being attacked by zombies in a car."

She had a favorite moment as well.

It wasn't all horror and scares on the set of Coven, though. Brewer remembers a particularly fun scene in the kitchen, where she got to give everyone a bit of a surprise. "There was this take I [got] to do, that's not in the DVD, and I wish there was behind-the-scenes footage of it. I got a chance to do the laugh of the evil witch in the Wizard of Oz. That was one thing that really surprised everybody, even the director."

Brewer thought Nan could totally have been the next Supreme.

One of the most contentious points of discussion when it came to Coven was the identity of the next Supreme. We asked Brewer if there was a point where it could have been Nan, and she said, "Ryan [Murphy] arcs certain characters so well that you really don't even know who is or who isn't the Supreme. Which is amazing to me because they arced Nan so well that she could have been the Supreme."

If Jamie could be any other character, she would pick . . .

Of course, we had to ask Brewer if she'd trade places with any of her costars, and she surprised us with a caveat: "I would choose two actually. The two that I feel like I would be [most like me] are based on Cordelia and Delphine."

Summer
In a TV Rut? These 34 New Shows Are Premiering All Throughout Summer 2021
by Amanda Prahl 16 hours ago

Grey's Anatomy
Grey's Anatomy Is Coming Back For Season 18, and So Are Meredith, Bailey, and Webber
by Grayson Gilcrease 18 hours ago