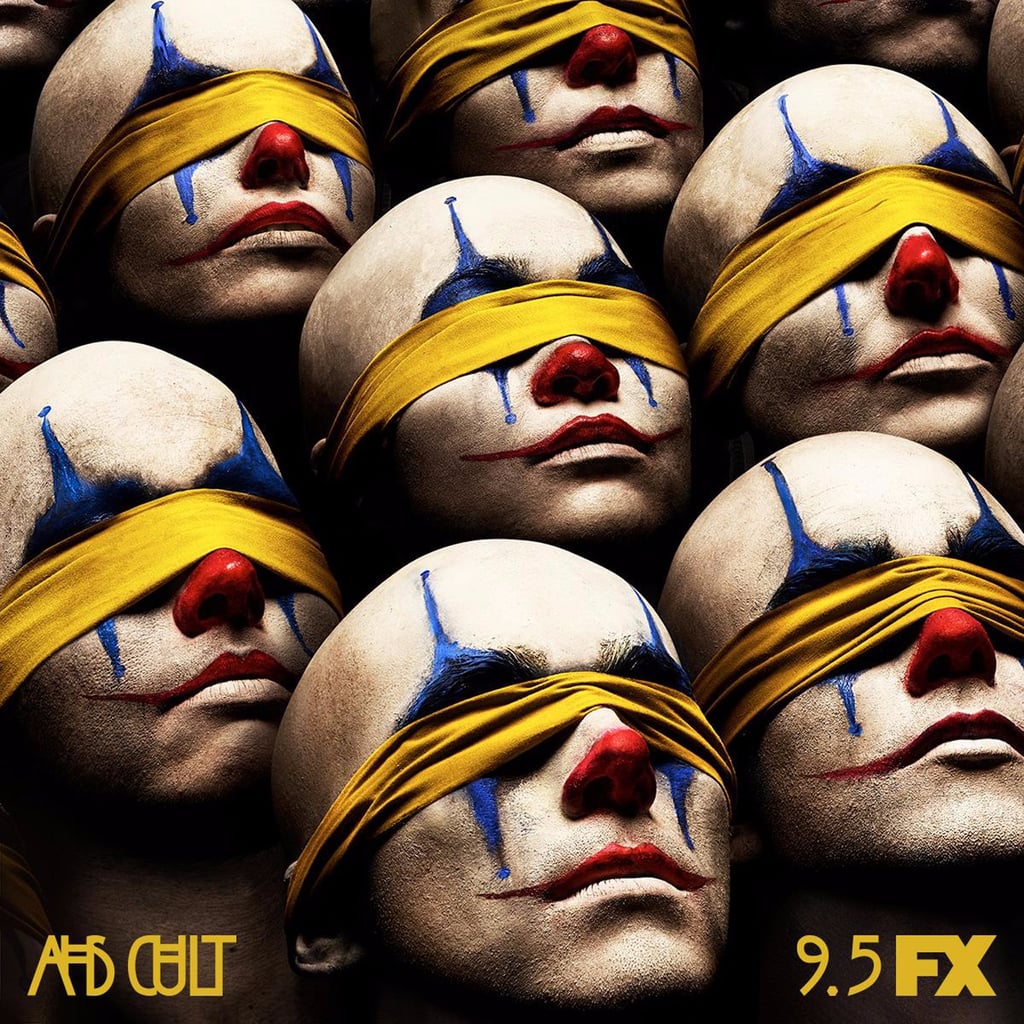 This week brings us closer to American Horror Story: Cult, and, frankly, we're terrified. Ever since the title surfaced at Comic-Con, the flow of unsettling details and teasers and more has been pretty constant. But some of the most disturbing imagery from Cult, at least so far, has come in the form of the season's official posters. Straight from the AHS Twitter account (and creator Ryan Murphy), here's everything we've seen and what it could possibly mean.