Be of like mind. The official poster for #AHSCult is here. pic.twitter.com/oRGmYQXXia

American Horror Story is about to cut deep, and we're here for every single second of it. In July, a special presentation at Comic-Con yielded the title of the new season: Cult. Since then, even more details have poured out. AHS creator Ryan Murphy dropped a bunch of new hints on his Twitter account, while the first official trailer left plenty of room for speculation. But it was the show's first official poster, which shows a woman with a beehive brain, that gave us the most information out of everything. "Be of like mind," the poster is captioned. If you're familiar with the concept of a "hive mind," this is where everything clicks.

Not only does the concept of the "hive mind" perfectly explain the first official poster, it also gives context to Murphy's bizarre bee-man snap from a few weeks ago, which he presented as an integral part of the theme. What exactly is a "hive mind"? It's a common trope from the sci-fi universe; it traces back to a "collective consciousness" or "group mind" that is shared by a community of people. A "group mind" is a lot less malevolent than a "hive mind." There's a sense of equality and harmony, where all members are linked by a set of unifying beliefs, or a connected state of mind.

One of the most striking (and popular) examples of a "group mind" exists in Minority Report. In the 2002 Steven Spielberg film, which is an adaptation of Philip K. Dick's novel, Tom Cruise is the head of a "pre-crime" unit that attempts to stop illegal activities before they happen. They predict crimes with the help of three "pre-cogs," mutants who can see the future and predict crimes. They have a "group mind," and they all foresee the exact same series of events at the exact same time. (Except when one of them doesn't, which is called, you guessed it, a "minority report.") 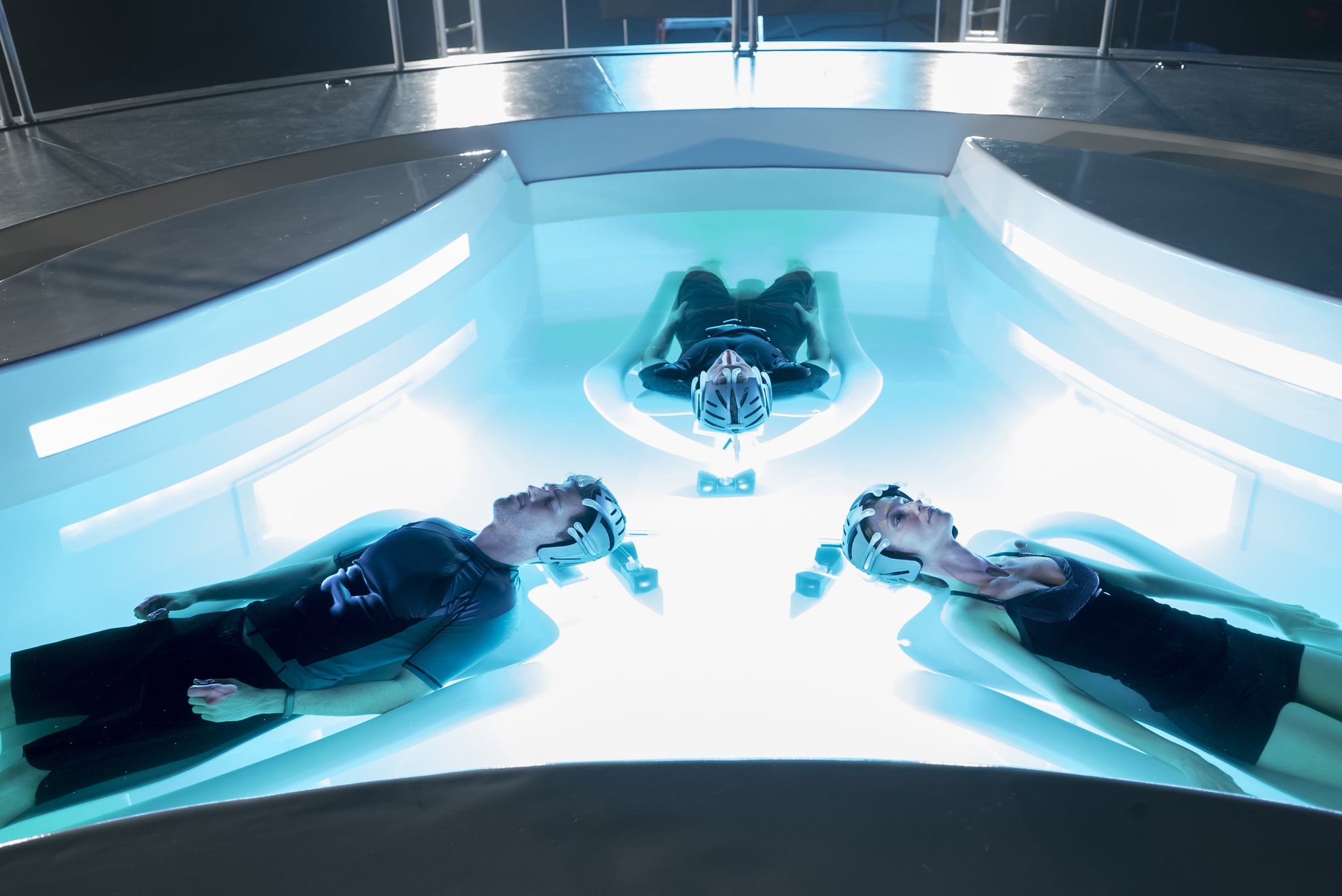 A collective consciousness can take a dark turn when a single entity appears to indoctrinate underlings and deprive them of free will. This is where the "hive mind" comes in. It refers to the hierarchical structure in a beehive, where every worker bee has a specific, compartmentalized job, and they all serve one queen. In the context of something like a cult, for instance, there may be one overlord who brainwashes subjects into obedience. These members of AHS's cult may be victims to this "hive mind." Completely devoid of individuality and identity, their one purpose is to serve that greater power.

This entity at the top can be many things. It could be a person, like a "grandmaster" of the cult. It could be some creature or idol that all the members worship. It could be Satan himself. Hell, it could be an illness that spreads throughout the population like wildfire. While there are plenty of options, the basic skeleton of the concept seems clear. In American Horror Story: Cult, something has taken hold of these terrifying clown people we've been seeing in all the teasers.

Lastly, we have to factor in the 2016 election, which Murphy teased as a part of the theme earlier this year. In my analysis of the first teaser, I pointed out that the voice-over's rhetoric closely matches the logic of Donald Trump. "Do you ever feel alone?" the full-length teaser asks. "Does it seem like no one really understands you? Do some people just make you sick? Are you afraid? We can set you free. We will make you strong. We want you." As we said before, Trump largely managed to win the presidential race by rallying the "angry white man" against the progressive movement. Strangely enough, that sounds a lot like the mechanics behind "hive mind." But hey, we're only speculating.