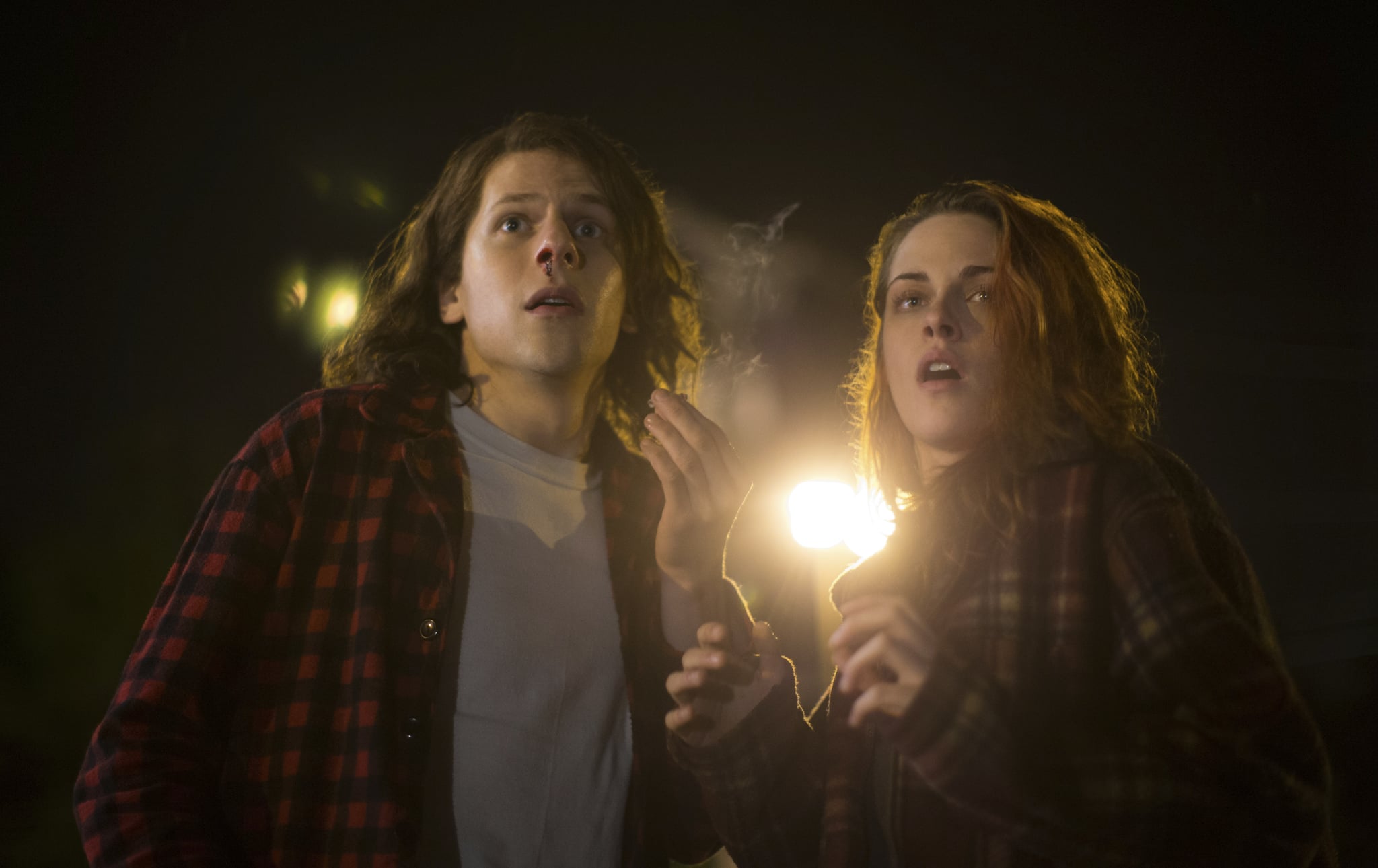 The last time Kristen Stewart and Jesse Eisenberg played love interests — in 2009's Adventureland — there was magic, nostalgia, and warm fuzzies. Now, in their indie comedy reunion, American Ultra, the magic is back in the form of chemistry, but instead of a sweet love story, this is a bonkers secret-agent comedy about two stoners. Stewart and Eisenberg are the two almost-engaged stoners, whose tranquil life of chilling out is interrupted when it's discovered that Eisenberg's character, Mike, is actually a deadly undercover agent. It's much funnier and more ridiculous when you actually watch the trailer, and it has the bonus of costars Connie Britton, John Leguizamo, and Topher Grace, all of whom have memorable bits in this brief look. American Ultra was written by Chronicle's Max Landis and comes out Aug. 21, so check out the NSFW trailers now.