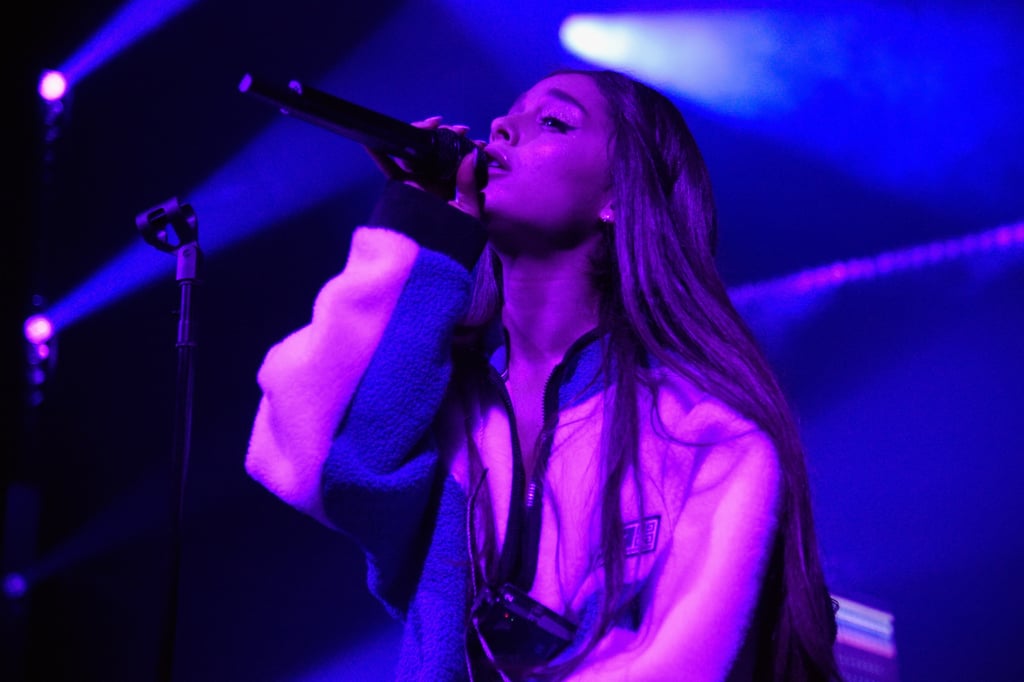 Ariana Grande's Going to Release Another Album in 2018: "I Ain't Waiting Another 2 Years"

What's better than one new Ariana Grande album in a year? How 'bout two?! Just a couple of months after the release of her fourth studio album, Sweetener, the 25-year-old singer has confirmed to fans that she's working on another project — and it'll be ready before the end of 2018.

Grande recently told a fan on Twitter she's tired of album "eras" and doesn't want to "conform" to a routine or formula when releasing music. "I love music I ain't waiting another 2 years to drop it," she wrote.

Later, when asked if we're "getting another album before the end of the year?" Ariana responded with an emphatic "Yes!" Naturally, fans have been thrown into a tizzy by this news — especially since she's already teasing new tracks on social media. We can't keep up! Check out all the excited reactions to Ariana's album announcement ahead. Alexa, play "God Is a Woman."